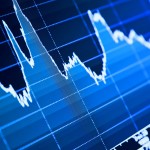 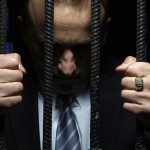 “Price fixing agreements… are analogous to fraud and theft. They repesent nothing less than an assault on our open market economy.”

Price fixing is like fraud and theft and ought to be treated at least as severely, if not more severely, the Federal Court ruled. The Competition Bureau’s leniency bulletin is consistent with sentencing principles in the Criminal Code, but plea bargains with proposed sentences based on a multiple of affected commerce are not sufficient to express society’s abhorrence of these crimes, nor to deter others from price fixing. In order to determine whether the plea bargain is not contrary to public interest, the court needs evidence of aggravating and mitigating factors, such as how much the offender profited from the conspiracy, how it carried out the price fixing, whether it was the ring leader, and its size and market share. As well, there needs to be a serious and very realistic threat of imprisonment in order to deter executives from price fixing.

Despite this, Crampton C.J. reluctantly accepted the $1.5 million fine that Maxzone Auto Parts (Canada) Corp. had agreed to pay for its involvement in an international price-fixing conspiracy of aftermarket replacement automotive lights. His decision heralds a tougher approach to sentencing.

CCS Corporation’s purchase of Babkirk Land Services Inc. would prevent competition substantially for landfill services for solid hazardous waste from oil and gas producers, the Competition Tribunal concluded. CCS was ordered to sell the shares or assets of Babkirk.

CCS bought Babkirk in 2009. At the time, CCS operated several secure landfills. Babkirk did not. Babkirk had permits to treat and store hazardous waste, and had applied for a permit to build a secure landfill. It received this permit in 2010. The Tribunal found that Babkirk would have entered the market for secure landfill services in competition with CCS, had CCS not acquired it. The merger prevented this competition. 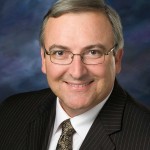 John Pecman took over as interim Commissioner of Competition after Melanie Aitken left mid-way through her term. His “priority for the Bureau in the coming months is – building trust through collaboration between the Bureau and all its stakeholders”. But he is getting tough too, announcing recently that the Bureau will use formal production orders instead of asking parties to produce information voluntarily. [See Vancouver speech; Montreal speech]
[Top]

Couche-Tard Inc. escaped price fixing charges after a judge found that the Crown’s repudiation of a settlement agreement irreparably prejudiced the fairness of the proceeding. [See article] 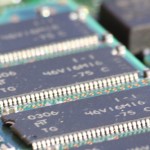 Micron also agreed to pay $300,000 to settle a claim that it participated in a conspiracy to fix prices for SRAM memory chips. Alleged conspirators include Samsung, IBM, and Sony. [See article]

A proposed class action against Whirlpool Canada LP was a “product liability claim for pure economic losses for an allegedly negligently designed non-dangerous product” that disclosed no plain and obvious cause of action, an Ontario court ruled.

Discoverability may apply to the two-year limitation period for private actions under the Competition Act, but does not apply to the effects of a conspiracy, as they are not a part of the offence, the Federal Court of Appeal held. [See article]

Keyless entry: waiver of tort is not available for breaches of BC consumer protection legislation, the BC Court of Appeal ruled. The plaintiffs alleged that locks on Mazda3 cars were defective. [See article]

Mercedes-Benz Canada and BMW stopped consumers from buying their vehicles in the US by convincing Transport Canada to block imports. The regulated conduct defence could not be used to block the proposed class action for conspiracy, a court held. [See decision]
[Top] 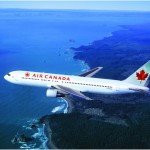 Soft landing: Air Canada and United Continental settled the Bureau’s application to unwind their joint venture by agreeing not to coordinate on 14 routes between Canada and the United States. [See transborder routes and consent agreement]

BCE Inc.’s proposed acquisition of Astral was blocked by the CRTC before the Bureau concluded its own review. [See CRTC decision]

Meat processors Olymel L.P. and Maple Leaf Foods would gain enough market power to foreclose competitors as a result of each buying a pork producer, but this strategy would be unprofitable, the Bureau concluded in allowing the mergers. [See article]

The Competition Tribunal heard the Commissioner’s applications against the Toronto Real Estate Board and Visa and Mastercard. Decisions are expected in 2013. [See Tribunal filings]

The chickens come home to roost: chicken producer Westco cannot collect on an undertaking in damages from an interim order because it deliberately and flagrantly breached that order, the Tribunal decided. [See Tribunal decision] 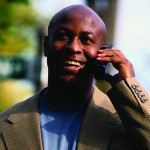 Bradley O’Neil lost his appeal from his conviction for fraud, theft, and misleading advertising. O’Neil’s company processed tourist tax refunds, but did not remit the refunds to its clients. [See Court of Appeal decision and Court of Queen’s Bench trial decision]
[Top]

The plain view doctrine applies to computer searches where the files evincing another crime are immediately recognizable, but it does not permit a further search for additional files that are not in plain view. [See article]

Shocking: There are no defined limits on administrative monetary penalties, the Ontario Court of Appeal said in a case involving penalties for breach of securities laws. The case suggests that even higher AMPs under the Competition Act would be constitutional. [See article]
[Top]

The Long Arm of US Antitrust

Don’t be evil: the FTC concluded that Google’s “Universal Search” was innovative, not anticompetitive. Google agreed to license standard-essential patents that its competitors need to make mobile phones, tablets, and gaming consoles. Google also agreed to remove restrictions in its AdWords service that discouraged advertisers from using other platforms. [See FTC press release]

Alberta internet marketer Jesse Willms agreed to pay the US Federal Trade commission $359 million to settle allegations that he charged consumers for products and services without their explicit consent. The Bureau helped with the investigation. [See settlement order]
[Top]

Canada’s Competition Act applies to all businesses in Canada. It provides for serious penalties for price fixing, bid rigging, abuse of dominance, and misleading advertising. Mergers and agreements between competitors that lessen or prevent competition substantially can be blocked.

Affleck Greene McMurtry’s Competition & Regulatory Law team is one of Canada’s leading competition and regulatory law practices. We defend businesses and individuals facing Competition Bureau and other regulatory inquiries, and criminal and administrative prosecutions in the courts and the Competition Tribunal. We act for businesses involved in price fixing class actions and other private litigation. We prepare merger notifications. We also help businesses comply with the Competition Act, the Corruption of Foreign Public Officials Act, and other laws, by providing practical advice.