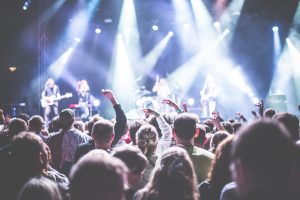 How Much For This Concert?

StubHub, which bills itself as the world’s largest ticket marketplace with tickets available for over 10 million live sports, music and theatre events in more than 40 countries, has agreed to pay a $1.3 million Canadian penalty as part of an agreement with Canada’s Competition Bureau.

A Competition Bureau investigation revealed that, after adding mandatory fees charged by StubHub, the original advertised prices for concert and sports tickets were not attainable. These mandatory fees were only revealed at later stages of the purchase, which is at the point at which most consumers would not abandon their purchase.

This settlement is part of wider Competition Bureau action to ensure transparency in online pricing. Settlements worth $11.25 million have been concluded with Ticketmaster (following a warning about pricing), Avis/Budget and other car rental companies for so-called “drip” pricing, which is where companies advertise low prices to attract customers while burying mandatory fees.

The StubHub agreement is good for 10 years and includes a compliance program to ensure that StubHub complies with the law.