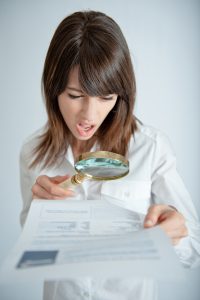 If you need a magnifying glass, the fine print’s too small!

The Competition Bureau has levied more than $4.5 million in administrative penalties for misleading advertising since launching the first volume of its bulletin on deceptive marketing practices last June.

Recently, the target has been disclaimers, as telecom provider Comwave Networks Inc. entered into a consent agreement with the Bureau for making various representations about the price and features of its home phone and internet services that the Bureau concluded were misleading.

The use of disclaimers in advertising raises unique competition law issues. While they are designed to clarify or limit the message, the size and location of the information is such that they often do not have the intended effect. A disclaimer which adds information to the main message will not generally offend the misleading advertising provisions of the Competition Act. However, where a disclaimer is used to contradict, restrict or negate the main message, the potential to mislead consumers increases, according to the Bureau.

The Competition Act therefore mandates that both the general impression conveyed by a representation, as well as its literal meaning, must be considered.

The Comwave consent agreement is not the first time this year that representations masking non-optional fees, or “drip-pricing”, have been caught in the Commissioner’s net. A consent agreement entered into by car rental companies Avis and Budget in June 2016 included a $3 million administrative penalty for  advertising prices and percentage-off discounts that were not in fact attainable because of non-optional fees that were not included in the advertised price. The Commissioner concluded that the non-optional fees were described to consumers in such a way as to suggest that they were taxes, when in reality they were not imposed by any government, but were imposed by Avis and Budget to to recoup from consumers their own costs of doing business. As a result, Bureau concluded that the representations created a false impression in the mind of the consumer that was contrary to the Competition Act’s civil misleading advertising provisions.

Similarly, in 2011, Bell Canada agreed to pay $10 million to settle the Bureau’s allegations that it advertised prices for bundled phone, TV, internet, and mobile services that were not, in fact, available.

The general impression test is not limited to determining whether the advertised price or quality of a product or service is misleading. In a consent agreement reached with Bell Canada in October 2015, the Bureau found that positive online reviews of a free Bell product posted by Bell employees in an online app store offended the misleading advertising provisions. The Bureau concluded that the endorsements created the general impression that they were made by unbiased members of the public, when in fact they were posted on behalf of Bell to boost downloads.

The upward trend in misleading advertising investigations highlights the Bureau’s growing concern with developing consumer trust in the digital marketplace. The Bureau’s recently updated statement on disclaimers emphasizes the new difficulties facing businesses in the rapidly changing world of online advertising. As well, the International Consumer Protection and Enforcement Network issued guidance in June 2016 on online reviews and endorsements.

With the proliferation of online sharing, modern businesses must consider how their message will be understood and processed by the consumer on a variety of platforms, including those on which they had no intention to distribute. As the form and distribution of consumer messages continues to evolve, and the ability to control the general impression of a message becomes more and more difficult, we will likely see an increase in misleading advertising claims in the future.