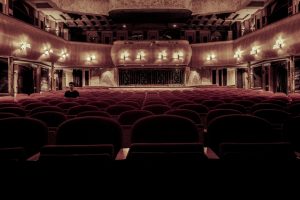 On December 20, Canada’s highest court released a hotly anticipated decision that is almost certainly the final act in the more than 20 year saga of a formerly pre-eminent theater company, Livent Inc. and an accounting fraud by its senior management. This was a fraud that, among other things led to the 2009 criminal conviction of Livent founders, Garth Drabinsky and Myron Gottlieb.  Livent’s Receiver Manager sued former Livent auditor, Deloitte & Touche for issuing clean audit opinions and a comfort letter to potential investors in the face of  numerous red flags indicating fraud by senior management that it said Deloitte should have detected. At trial, it was found that the evidence of Deloitte’s negligence in its audits of Livent was overwhelming and that approximately $85 million in damages were suffered after Deloitte failed to identify that Livent was insolvent starting in 1997. In 2016, the Court of Appeal for Ontario upheld the trial decision. (For more detail on the downfall of Livent and the lower court proceedings against its auditor, see our past articles here and here.)

After reserving its decision for ten months, the Supreme Court of Canada upheld the trial judgment – in part.  In particular, the Supreme Court of Canada upheld the trial judgment that Deloitte was liable to Livent and its stakeholders for approximately $40 million in damages suffered as a result of Deloitte’s clean audit opinion on Livent’s 1997 financial statement. The Supreme Court agreed that there was a duty owed by Deloitte to Livent shareholders to assist them in overseeing management when conducting the audit and that Deloitte’s negligence in doing so deprived those shareholders of the ability to discover the fraud, stop the bleeding and stem the losses earlier. Among other things, the Supreme Court of Canada highlighted the trial findings of negligence in continuing to issue clean audit opinions after knowing of deliberate deception by Livent management and what Deloitte itself characterised as “aggressive, if not questionable, accounting practices” on the part of Livent management. The majority decision of the Supreme Court cited a willingness of Deloitte’s audit team to succumb to Livent’s transparently fraudulent demands during the audit process that left the trial judge “breathless.”

However, the Supreme Court overturned the trial finding of liability in relation to a 1997 Comfort Letter issued by Deloitte to assist Livent in soliciting investors. In assessing whether there was a duty of care owed to Livent in relation to the Comfort Letter, the Supreme Court observed that “[t]he mere fact that proximity has been recognized as existing between an auditor and its client for one purpose is insufficient to conclude that proximity exists between the same parties for all purposes.” As observed by the Court, “Simply put, Deloitte never undertook, in preparing the Comfort Letter, to assist Livent’s shareholders in overseeing management; it cannot therefore be held liable for failing to take reasonable care to assist such oversight. And, given that Livent had no right to rely on Deloitte’s representations for a purpose other than for which Deloitte undertook to act, Livent’s reliance was neither reasonable nor reasonably foreseeable.” As such, the additional approximately $44 million in damages awarded at trial in relation to the Comfort Letter were set aside.

Despite upholding a $40 million judgment against Deloitte, there are several aspects of the Supreme Court of Canada’s decision in this case that should provide comfort to auditors:

And, finally, it cannot be ignored that Canada’s outgoing Chief Justice Beverley McLachlin issued a strong dissenting opinion in this case (with which incoming Chief Justice Wagner and Justice Côté concurred) that would have dismissed the action against Deloitte in its entirety. Among other things, Mclachlin CJC found that it had not been properly proven that Livent had suffered any damages as a result of any failure by Deloitte to allow shareholders a better and earlier opportunity to supervise management. Even on the extraordinary facts of this case, it was a close call at the Supreme Court of Canada.