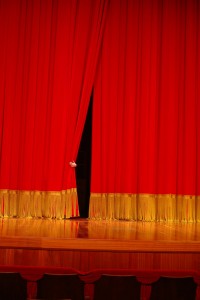 Livent Inc. (“Livent”) has prevailed at the Court of Appeal in its auditor’s negligence claim against Deloitte & Touche (“Deloitte”) concerning Deloitte’s failure to detect an accounting fraud carried out by Livent’s senior management.  In the result, the trial judge’s $84,750,000.00 damage award (plus interest) was upheld.

Livent was a cash-intensive live entertainment company staging theatrical performances across North America.  Livent accessed the North American capital markets in order to meet its voracious need for cash, on the strength of its financial statements.  However, Livent’s financial performance was not as rosy as its financial statements would lead one to believe as a result of a series of fraudulent accounting practices that inflated the company’s bottom line.  The accounting fraud included manipulating the amortization of millions of dollars in pre-production costs of various productions; manipulating expense entries in and out of particular accounting periods or charging them against other activities or productions; and improperly recognizing one-off revenue transactions. The Court of Appeal observed that, while the accounting fraud had been orchestrated by Garth Drabinsky and Myron Gottlieb, the founders of the company, it was found at trial that other Livent officers and employees were “knowing and willing participants.”

Deloitte issued numerous clean audit opinions over the course of its tenure as Livent’s auditor.  The accounting fraud was uncovered after new management was put in place by new equity investors.  After an internal investigation, Livent restated its financial statements and filed for insolvency protection in Canada and the United States.  The company was then liquidated.

Livent or, more accurately the Receiver-Manager for Livent, advanced a claim against Deloitte in auditor’s negligence.  Livent claimed that Deloitte did not conduct its audits in accordance with Generally Accepted Auditing Standards (“GAAS”), and that the accounting fraud could have, and should have, been detected by Deloitte.

Deloitte argued that the claim of the insolvent company was an impermissible proxy claim being advanced by Livent’s creditors and investors, to whom an auditor does not owe a direct duty of care.  The Court of Appeal rejected this argument, holding that Deloitte was conflating damages suffered by the corporation with the distribution of those damages to creditors and stakeholders as part of the assets of the corporation.  The allegations raised by Livent related to losses that Livent itself had suffered as a result of the alleged negligence.

Another defence raised by Deloitte was that Livent should be barred recovery under either the doctrine of corporate identification (corporate attribution) or the doctrine of ex turpi cuasa (doctrine of illegality).  In essence, Deloitte took the position that the actions of senior management should be imputed to Deloitte itself, and that Livent could not advance a claim against it claiming that Deloitte was negligent in failing to uncover Livent’s own fraud.  The Court refused to apply these doctrines to bar recovery.  The Court reasoned that one of the most important functions of an auditor is to detect fraud by senior management.  The Court held that to permit Deloitte to escape liability on this basis would risk undermining the value of the public audit process.

In setting out the standard of care to be met by Deloitte, the Court of Appeal observed that the auditor of a publicly-traded company has an added layer of responsibility that is not necessarily present in the audit of a private corporation because of the reliance on audited financial statements by securities regulators and prospective investors.  The standard of care of a “reasonable auditor” in the circumstances of the case will reflect the statutory and regulatory framework and the professional requirements prevailing at the time (Canadian Institute of Chartered Accountants’ Handbook).  In determining the standard of care, the Court of Appeal also had regard for Deloitte’s own manuals, “which set a standard of care Deloitte must be presumed to accept as reasonable.”

The primary standard of care issues concerned Deloitte’s failure to apply professional skepticism in the face of numerous “red flags” raised during the course of its retainer.  The Court of Appeal found the evidence of Deloitte’s breach of the standard of care to be “overwhelming”.  This evidence included: the failure to develop a satisfactory audit plan in the face of very aggressive and questionable accounting practices in previous years by Livent’s management; failing to adequately question management after discovering that management had lied to Deloitte; failing to take appropriate action after management tabled financial statements to the audit committee after Deloitte had expressed concerns with the financial statements (the audit committee was not advised about Deloitte’s objections and the financial statements were approved by the audit committee); and acceding to the demand of Livent’s management to change the entire Deloitte audit team after a particularly fractious interaction between management and Deloitte.

The Court of Appeal agreed with the trial judge’s conclusion that the negligence of Deloitte caused damages to Livent for the 1997 audit period onward.  If Deloitte had met its standard of care the accounting fraud would have been uncovered sooner than it was ultimately discovered, and Livent would have been discovered to be insolvent and would have been liquidated at that time.  Livent would not have been able to continue to access the capital markets, generating additional debt to obtain cash that then went immediately out the door to finance money-losing operations.

Damages were assessed by calculating the difference between the value of the company’s assets on the date it was ultimately liquidated, and on the date upon which it would have been liquidated had Deloitte met the standard of care.  To this figure, the Court of Appeal agreed with the trial judge’s reduction of 25% for reasons of remoteness, because “Deloitte ought not to be liable for the losses attributable to Livent’s legitimate but unsuccessful ventures” operating in a high-risk industry.  Even if Livent had not been able to access the capital markets during the impugned period of time, it still would have operated and still would have lost significant amounts of money.

In addition to the main appeal, Livent brought a cross-appeal seeking to overturn the trial judge’s finding that Livent was not entitled to damages arising from Deloitte’s negligence during the 1996 audit period.  The trial judge found a much narrower breach of the standard of care for the 1996 period than the 1997 period and beyond.   For the 1996 period the trial judge’s findings of negligence were limited to a finding that Deloitte failed to detect that several types of entries were improperly accounted for in the financial statements.  The trial judge found that even if Deloitte had detected the irregularities, such detection would not have revealed instances of fraud or other irregularities sufficient to close Livent down. The Court of Appeal held that the trial judge’s factual findings in support of this conclusion were amply supported on the record, and dismissed Livent’s cross-appeal.

The Livent decision is a significant decision in the area of auditor’s negligence, and its holding that auditors can be held liable for failing to detect fraud involving the most senior levels of corporate management is contrary to some cases in the area decided in other jurisdictions.  It is expected that Deloitte will seek leave to appeal this decision to the Supreme Court of Canada.