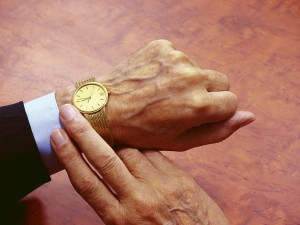 An employee’s pension payments should not be deducted from damages otherwise payable for wrongful dismissal, the Supreme Court ruled recently. Pension benefits are not intended to indemnify wage loss due to unemployment, but rather are a form of deferred compensation for service and constitute a type of retirement savings.

In a decision released earlier this month, IBM Canada Limited v. Waterman, the employee Waterman had been dismissed without cause after 42 years of service. IBM offered only 2 months pay in lieu of notice, leading Mr. Waterman to sue for wrongful dismissal. The trial judge awarded 20 months notice, and declined to deduct pension benefits already paid to Waterman during this notice period.

IBM appealed to the British Columbia Court of Appeal, and ultimately the Supreme Court of Canada, arguing that receiving both pension benefits and notice pay would result in Waterman being placed in a better economic position than he would have been in had he been given proper working notice. The SCC rejected the appeal, addressing at length the issue of when a “collateral benefit” or “compensating advantage” received by a plaintiff should reduce the damages payable by a defendant.

What is a Collateral Benefit?

Of course, not all benefits are connected enough to the defendant’s breach to be raise the question of offsetting damages. The court set out two factors for establishing a link: the advantage must either be one that (a) would not have accrued to the plaintiff but for the defendant’s breach, or (b) was intended to indemnify the plaintiff for the sort of loss resulting from the breach.

Furthermore, the existence of a link does not automatically result in the collateral benefit being deducted from the damages award.

When Should a Collateral Benefit be Deducted from Damages?

The Court identified two well-established situations in which collateral benefits are not deducted from damages: charitable gifts and private insurance. The Court then discussed in some detail three bases of reasoning for not deducting private insurance benefits from a damages award:

The Court reasoned that this same analysis could be applied to pension benefits.

While a connection between the benefit and the breach of contract helps to identify whether there is a question of deduction, the Court warned that “principles of causation do not provide reliable markers of whether a benefit should be deducted or not”. Rather, the nature and purpose of the benefit often provides a better reasoning for whether it should  be deducted. Two factors are particularly important: whether the benefit is an indemnity for the loss caused by the defendant’s breach, and whether the plaintiff has directly or indirectly paid for the benefit.

Looking to a decision of the House of Lords, the Court adopted the reasoning that “a pension is intrinsically of a different kind from wages. Wages are a reward for contemporaneous work, but a pension is the fruit, through insurance, of all the money which was set aside in the past in respect of his past work. They are of a different kind” (para 58). In other words, a pension is not designed as indemnity insurance against the loss of wages, but is rather a form of reward or retirement savings, paid for either by financial contributions or through the employee’s years of loyal service.

The Court also stated that there is room in the analysis for broader policy considerations, such as emphasizing equal treatment for those in similar situations, and the possibility of incentivizing socially desirable conduct.

In the case before it, the Court held that Mr. Waterman’s situation fell squarely within the category of cases in which the private insurance exception has always been applied: the benefit was not an indemnity, and the employee contributed to the benefit (through his service). As such, the pension funds should were not to be deducted from his damages.

IBM’s second argument in the appeal was to rely on the decision in Sylvester v. British Columbia, in which it was held that wrongful dismissal damages should be reduced by the amount of disability benefits paid during the notice period. However, the Court held that the Sylvester analysis led to the opposite conclusion in Mr. Waterman’s circumstances.

Unlike the disability benefits in Sylvester, the pension benefit was clearly not an indemnity for loss of salary due to inability to work. A pension is essentially a “retirement savings vehicle to which an employee earns an absolute entitlement over time”. The Court even went so far as to state that pension benefits are similar to a property right, and thus inherently belong to the employee.

Finally, the Court examined the policy considerations raised in Sylvester, finding that in Mr. Waterman’s case, non-deduction of pension benefits promoted equal treatment of employees. If deduction were permitted, an employee who was eligible to receive his or her pension but had not reached 71 years of age could, by means of wrongful dismissal, be forced to retire and draw on his or her pension benefits. In contrast, an employee over the age of 71 could receive both pension and employment income. Furthermore, allowing deduction could provide an incentive for employers to dismiss pensionable employees rather than other employees because it would be cheaper to do so.

Overall, the Court was able to distinguish Mr. Waterman’s situation from the facts of Sylvester on a number of points, and held that pension benefits should not be deducted from wrongful dismissal damages. The appeal was dismissed.