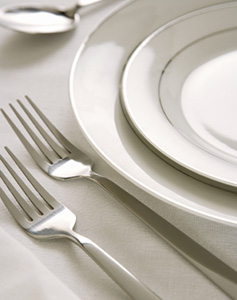 The legendary basketball coach, John Wooden, once said:  “A failure to prepare is preparing to fail.”  The same can be said of the negotiator.  Preparation is another crucial determinant of the negotiating process.

Trial lawyers spend literally hundreds of hours, days, and weeks on preparing opening statements, direct examinations, cross-examinations, motions for disclosure, as well as closing arguments.  In cross-examinations the trial lawyer examines a minutiae of detail from a variety of perspectives.  He or she realizes that the facts, more so than anything else in his/her case, will be the determining factor before a trier of fact and/or a jury.

One fact per question is the motto.  These techniques are founded and buttressed on the lawyer having a theory of the case.  Consequently, what is your theory of the case as it relates to your approach to negotiations.  Hence, the need for extensive preparation.  It is important for one to assess the situation, know where you are at, know where you want to go, and then formulate a detailed plan to get there.  Here are some suggested steps to follow:

In preparing for a negotiation it is important for you and your team to establish a set of clear goals.  I discuss this in greater detail under the provisions of the mandate.  Nevertheless, it is important that when individuals enter into negotiations they prepare their goals very carefully.  It is essential to have knowledge of the subject matter, knowledge of the parties that are involved and most importantly the various interests of the parties that you are negotiating with.  One should set aside some time to ask what are the objectives of your counterpart as they enter the negotiations.  One should prepare and anticipate as to what they are likely to suggest for the agenda and the sequence of those items as it relates to your negotiation.  Therefore, it is important to establish clear identifiable goals for a successful negotiation.

Some preparation should be directed towards preparing a SWOT analysis of your case as you enter the negotiation as well as a SWOT analysis of your counterpart.  SWOT analysis stands for strengths, weaknesses, opportunities and threats.  You would be surprised that when this subject matter is raised, the various perspectives that will come to bear during that discussion and what you may think is a strength, may be argued by another party indicating, in fact, is a weakness.  The mere fact of holding that discussion, i.e., a SWOT analysis will provide negotiators with clarity, understanding and depth of all of the issues that are at play.

Another aspect of your preparation is to establish a team and in most instances, you will want to have an advisory team made up of different stakeholders.  For instance, you might wish to have legal, financial, technical, and other individuals that are experienced with the subject matter on your advisory team.  In preparing your team, some time should be given to what roles each of the players will perform. Will there be a good cop, bad cop?  Will you have a person assigned strictly for the purposes of note-taking?  Who will be the lead negotiator?  Who will be the logical base person who will make thoughtful and timely interventions?  One has to decide the exact number of people who you are going to have on your advisory team as well as on your team that will be at the table.  I am not one of those who counsels organizations that they have to have the exact number of people on their team equivalent to the other side.  However, as a minimum you should have no less than 2 people on your team as you enter into negotiations.  Team members have to be well prepared for the negotiations in the role in which they will be playing.

Another aspect of your preparation stage is the gathering of information.  There may be instances whereby internal information becomes absolutely crucial as you plan your negotiations.  It may also be necessary to retain the services of third parties in order to get more specific and technical information.  Furthermore, it is important to ascertain from your counterpart a variety of information as you go forward in the negotiation.  For instance, you may want to prepare a number of questions that you might want to forward off to the other party in advance of sitting at the table.

If at all possible try to get an organizational chart of the organization with which you are dealing. Also, be prepared to do your due diligence in terms of ascertaining who the decision-makers are likely to be in the negotiation process.   However, in some instances, it may not be the lead negotiator but someone else.

It may be important for you to try to gain access to various annual reports, industry reports, books, media analysis, business journal, promotional literature, academic studies, interviews with suppliers, magazines, articles as well as government reports, both on the subject matter as well as on the other party.

As you gather your information on the subject matter, and the other parties as well as their interests, it is wise to maintain that information in an organized fashion.  I have seen many instances where large amounts of information have been gathered only to find that it was not used in a most efficient manner.  Therefore, I would strongly urge that whatever information you do gather is organized in such a fashion that it can be used efficiently and effectively during the negotiations.

You need to develop and understand the scope of your negotiations.  What are the time boundaries that you as a negotiator have with regards to the particular subject matter.  Do you have a month?  2 months?  3 months?  How long do you actually have to negotiate this particular arrangement?  What is the expected date of conclusion?  All of this information can be obtained from your superiors, but more importantly, you have to know what the time frame is for the other side going forward.  For instance, there are many businesses who try to conclude labour agreements with their respective unions without giving enough consideration to the time frame.  They start the process very early and are anxious to have the matter wrapped up very quickly.  Most unions, however, are cognizant of this and act accordingly.  Therefore, in your particular negotiations, time is an important aspect of the negotiating process.  You must try and get some sort of understanding as to what the other party deems to be an appropriate time frame in order to commence and complete the negotiations.

In addition, you also have to ask your team members what their time restraints are.  Some may be scheduled to go on holidays, there could be doctor’s appointments, there could be family obligations, there could be holidays that will affect the timing or impact of the scheduling of your negotiations.

Scheduling is another aspect of the preparation model.  One should try and understand the hard deadlines that you and your counterpart are confronted with.  If this is a commercial type arrangement normally the parties give themselves a certain period of time in which to conclude the deal. However, in many instances there may not in fact be a deadline.  Hence, you need to try and get some consensus as to what that deadline might be.  In point of fact, it could be an item for the agenda as you sit down with the other side in terms of the time frame for the negotiations to be completed.

In addition to deadlines, you should try to prepare for different milestones in terms of deliverables, accomplishments etc.   You may wish to consider preparing a critical path that comprises certain milestones, must-do’s, as well as parallel activities in the sequence in which you wish to have them completed.

All in all, the time frame for your negotiations is an important aspect in order to be successful at the negotiating table.

A good negotiator prepares well in advance for the questions he is likely to raise and the questions which he will be asked.  Sufficient preparation ought to be given to anticipate the kinds of questions that will be asked by the other side. Some instances you want to have clearly defined responses to those questions.  Again, it is important that you respond comprehensively to their request, but not as if it was a canned type of response.  Some of the things that I share with my clients are that they have to respond to the questions about their experience, their knowledge, their integrity, their professionalism, their accessibility, their creativity, reliability, availability, flexibility and things of that nature.  All of these components are important, particularly, if you are in a seller/buyer type of situation.

Later in another article I will address the issue of being accountable for the demands that you are making of the other side.  However, when you are being asked a question by the other side, keep in mind that it is always wise  to be honest and ethical throughout the process.  In that way, the other side will never have a legitimate argument to suggest that you are bargaining in bad faith.  If you don’t know the answer to a particular question, you can always respond, “I am sorry I don’t know the answer to that question, but I will attempt to get an answer for you in due course.”

VII     Incentives for the Negotiators

In your preparation time, it is important to give due consideration to what the incentives are for the negotiators on the other side.  Are they acting in an agency/principal type situation?  Will there be a bonus paid to the negotiator on the other side if, in fact, he is successful in this particular deliberation? What are the incentives for yourself as well as other members of your team as you enter the negotiations?  Is it merely a pat on the back and/or is it something more substantive than just acknowledgment of a task well done?

In the field of professional sports and entertainment general managers, producers and club owners fully understand the incentives which are at play for the agents who act as negotiators for celebrities, athletes and entertainers.  They know that a percentage of the monies given to the athlete/celebrity will in fact be going to the agency/negotiator. What are the incentives for the negotiators in your particular negotiation?

The next aspect of preparation is the meeting logistics.  Where would the meeting actually take place?

Your designated meeting place can have a crucial impact on your negotiation!  When you don’t have a choice about where to meet, be aware of the situational factors that may colour your judgment.  Do the meeting rooms have easy and quick access to fresh air?  Are the individual caucus rooms well-equipped with communication capabilities – telephone/computers/printers, faxes, etc.  Are the meeting rooms in a noisy location (i.e. construction).  Is there a separate area where the media can be located?

What about when you choose between playing the host and guest?  Conventional wisdom toots the values of meeting on your home turf; after all, a familiar setting will put you at ease and can work to your advantage.  But when you travel to your counterpart’s office you convey a very strong message which is a desire to make a deal.  It should be noted, however, that negotiating at their place can give you valuable information about the other side.

A neutral location by contrast is often the worst choice as it closes off learning opportunities for both sides. In more cases than not, both parties will probably request a neutral site.

Location is only one aspect of the administrative detail.  Other aspects will be discussed in a subsequent article.

See other articles in the series “Table Manners – Recipes for Negotiators”