Commercial lease not renewed in time; landlord’s silence as to deadline not bad faith 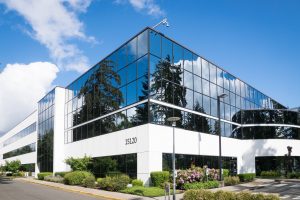 In Subway Franchise Restaurants of Canada Ltd. v. BMO Life Assurance Company, 2021 ONCA 349 (CanLII), the Court of Appeal for Ontario upheld a decision that rejected Subway’s attempts to have the renewal of its commercial lease recognized as valid.

At issue was whether Subway renewed its commercial lease within the timeframe required under the lease, namely, at least 9 months and not more than 12 months prior to the expiration of the term.

The respondent, BMO, was not the original landlord. At the time it acquired the building – and Subway’s lease – there was an estoppel certificate executed by Subway indicating that the lease expired on August 23, 2018. This meant that Subway had to signal its intention to renew between August 24, 2017 and November 23, 2017. This was “the one and only document that contain[ed] the termination date for the ten-year Lease” according to the application judge. BMO and Subway were both in possession of the estoppel certificate.

Unfortunately, Subway’s central database of commercial leases incorrectly recorded the lease as expiring on May 31, 2018. Subway sent automatically-generated letters to landlords, including BMO, based on the dates in its system. One such letter was sent to BMO as follows on February 1, 2017:

According to our records, the current lease term for the above-referenced location shall expire on May 31, 2018. Pursuant thereto, renewal notice is due on or before May 31, 2017. In the event that any of these dates differ from your records, please contact us in writing immediately as your silence will be an acknowledgement and authorization of their accuracy and our reliance.

Subway had sent other letters asking for confirmation, which went unanswered. Worse, the Subway employee who authored one such letter was aware of the date in the estoppel certificate and that it was different from the date in the Subway database.

In accordance with the incorrect date of May 31, 2018 in the Subway database, Subway purported to exercise the option to renew by providing notice on May 19, 2017. This attempt to renew was outside of the notice period of between August 24, 2017 and November 23, 2017.

At issue on appeal was whether BMO’s conduct in ignoring Subway’s letters amounted to failing to perform the contractual terms of the lease in good faith. The application judge rejected this argument, relying on the Court of Appeal’s decision in CM Callow Inc. v. Zollinger, 2018 ONCA 896. That decision was reversed by the Supreme Court of Canada in C.M. Callow Inc. v. Zollinger, 2020 SCC 45. On this appeal, the Court of Appeal took a fresh look at whether BMO breached its duty of good faith in light of the Supreme Court’s reversal of the decision upon which the application judge relied.

The Court of Appeal found that the Supreme Court’s decision in Callow did not disturb the application judge’s reasoning in this case. Subway had the estoppel certificate and did not make diligent efforts to comply with the terms of the lease. BMO did not intentionally obscure anything from Subway. In fact, BMO had been transparent with Subway, including disclosing its plans to redevelop the property and offering the appellant various forms of assistance and compensation for having to relocate. The duty of good faith did not require BMO to make sure that Subway fulfilled its own obligations correctly, the application judge held.

The Supreme Court’s decision in Callow did not support Subway’s attempt to invoke the duty of good faith. There was no evidence that BMO lied or knowingly misled Subway, created a false impression through its own actions, or actively contributed to Subway’s misapprehension.

The duty of good faith as discussed in Callow

In Callow, the trial judge had found deception on the part of the defendant that was directly linked to the contract. The breach of the duty of good faith was premised on that deception.

At the Supreme Court, the following findings were made: