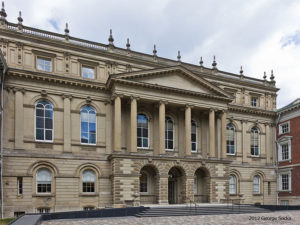 Update: The Supreme Court of Canada dismissed Mr. Mikelsteins’ application for leave to appeal without reasons on January 20, 2022.

The Ontario Court of Appeal affirmed last week its earlier decision in Mikelsteins v. Morrison Hershfield Ltd. that a terminated employee was not entitled to share bonuses during the notice period nor entitled to have his shares valued at the end of the notice period. As discussed in an earlier post, the Supreme Court of Canada remanded this case back to the Court of Appeal for disposition in accordance with its decision in Matthews v. Ocean Nutrition Canada Ltd.. For a background on the Mikelsteins case, see my earlier post.

The Court of Appeal referenced the two questions from the Supreme Court’s decision in Matthews that should be asked when determining whether the appropriate quantum of damages for breach of the implied term in employment contracts to provide reasonable notice includes bonus payments and certain other benefits:

Would the employee have been entitled to the bonus or benefit as part of their compensation during the reasonable notice period? If so, do the terms of the employment contract or bonus plan unambiguously take away or limit that common law right?

The Court of Appeal confirmed that in Mikelsteins’ case the claim to the share bonus did not arise from a breach of his employment contract and instead had to do with his rights as a shareholder under the written Shareholders’ Agreement. The share bonus was not related to Mikelsteins’ contributions as an employee and was in effect a dividend.  Further, Mikelsteins had not received his shares as compensation as an employee of his former employer; he was only eligible to purchase shares using his own money in his employer’s parent company and after purchasing those shares his rights were governed by the Shareholders’ Agreement. As such, Mikelsteins’ entitlements regarding his shares were to be determined based on his rights as a shareholder and not by his status as a terminated employee. The Court noted that a contrary conclusion might run afoul of established rights and obligations of shareholders, such as under the Business Corporations Act.

Unless share bonuses are earned by an employee or the shares form part of an employee’s compensation, a shareholders’ agreement will dictate a terminated employee’s entitlements, even if wrongfully dismissed, according to the Court of Appeal. Despite this decision, employers would be wise to clearly state in their employment agreements that employee share purchases are governed by the terms of a shareholders’ agreement.