In a highly anticipated decision, which took over a year to release, the Supreme Court of Canada clarified the parameters of the duty to exercise contractual discretion in good faith in Wastech Services Ltd. v. Greater Vancouver Sewerage and Drainage District.

Contracting parties must be mindful that exercising discretion under a contract is constrained by the duty of good faith – that means acting reasonably, consistent with the purpose of the discretion granted and the intention of the parties as set out in the terms of the contract. But the duty is not a fiduciary duty. The duty does not impose an obligation on a party to subordinate its interests in favour of another party or to confer benefits not bargained for in the agreement.

Facts and Decisions Below

Wastech Services Ltd. (“Wastech”) and the Greater Vancouver Sewerage and Drainage District (“Metro”) entered a 20-year term waste disposal contract. Under its terms, Wastetech could remove and transport waste to three disposal facilities and was paid at a different rate depending on the distance and facility selected. Metro retained absolute discretion regarding waste allocation and Wastech was not guaranteed profits per annum. Metro exercised its discretion to reallocate waste from one facility to another resulting in Wastech not achieving its operating profit target in 2011. Wastech sought compensatory damages of almost $2.9 Million at an arbitration against Metro. Wastech claimed the damages represented the additional amount Wastetech would have earned in 2011 had Metro not reallocated waste and deprived Wastetech of the opportunity to achieve its profit target. The arbitrator ruled in favour of Wastech and found Metro had breached the duty of good faith in exercising its contractual discretionary power, which made it impossible for Wastech to achieve its profit target. The arbitrator noted that Wastech had a legitimate expectation that Metro would not exercise its discretion under the contract in such manner. Metro successfully appealed the decision and the arbitrator’s award was set aside by the Supreme Court of British Columbia. Wastech’s subsequent appeal to the Court of Appeal for British Columbia was dismissed.

Wastech’s appeal to the Supreme Court was dismissed, with Justice Kasirer writing for the majority.

The exercise of discretionary power under a contract, even if unfettered, is constrained by the duty of good faith, the Supreme Court held. The duty to exercise discretion in good faith is a doctrine of contract law and operates in every contract regardless of the intention of the parties. 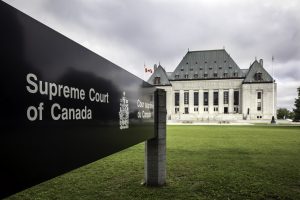 Similar to the duty of honest performance considered by the Supreme Court in Bhasin, and more recently in Callow (see our article here), the duty of good faith limits how a party can exercise its contractual rights. Contracting parties are required to exercise discretion reasonably – in a manner connected to the purposes underlying the discretion granted in the contract. Where, for instance, a party exercises contractual discretion in an arbitrary or capricious manner such will amount to a breach of contract and is a violation of the duty of good faith.

The Supreme Court concluded that Metro’s exercise of discretion to reallocate waste under the contract was reasonable and therefore not a breach. Metro had absolute discretion to determine the minimum amount of waste to be disposed at various disposal sites in a given period. Considering the terms of the contract, including the recitals, it was clear that the discretion was granted to Metro to provide it with flexibility to maximize efficiency and minimize costs of the operation. Metro’s decision to reallocate waste was not contrary to those purposes.  The duty of good faith did not require Metro to subordinate its interests in favour of Wastech’s interests in exercising its discretionary power.

The parties were aware of the risks associated with Metro having absolute discretion to allocate waste and they chose not to limit that discretion. Given this risk and the fact that the contract did not guarantee Wastech would achieve target profits in any given year, it was not a shared, reasonable expectation of the parties that Wastech would have the opportunity to achieve target profits every year. The fact that Wastech’s own financial interests suffered did not mean Metro acted unfairly or in bad faith.


Based on the Wastech decision, contracting parties will want to carefully draft provisions that set out a party’s discretionary powers and should consider stating the purpose of the discretion granted in an agreement. The recitals at the beginning of a contract are also important and should be consistent with the overall contract.