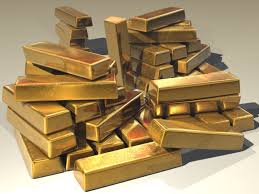 In a decision released on October 9, 2019 in DALI Local 675 Pension Fund (Trustees) v. Barrick Gold, 2019 ONSC 4160 (“DALI”) Justice Belobaba of the Ontario Superior Court considered whether investors in a gold mine in Chile could be granted leave to start a class action against prominent Canadian gold company, Barrick Gold, under s.138.8 of the Securities Act. In doing so, the Court not only addressed the test for being granted leave to proceed under with a secondary market investor loss claim under the Securities Act, but also considered for the first time in Canada the distinction between opinion and fact in determining whether a “correction” was made under Part XXIII.1 of the Act.

By way of background, Part XXIII.1 of the Securities Act allows purchasers of securities on the secondary market to initiate a claim against an public company (or other responsible people, such as auditors, directors and officers) for misrepresentations in public documents. While the common law tort of misrepresentation requires the plaintiff to prove they relied on the misrepresentation, plaintiffs in Ontario who sue under this part of the Act do not need to prove reliance; just that they purchased the securities between the time when the misrepresentation was made and it was publicly corrected. However, leave of the Court is required to proceed under Part XXIII.1 based upon the determination of whether the plaintiff is proceeding in good faith and can show a reasonable chance of success at trial.

In DALI, the alleged misrepresentations related to a Barrick gold mining operation in Chile that ran into a number of obstacles, including opposition on constitutional grounds in the Chilean courts and environmental issues, and was ultimately abandoned.

However, Justice Belobaba did find one alleged misrepresentation that met the test. On July 26, 2012, Barrick released its Q2 report, which stated that “[d]uring the second quarter, the project achieved critical milestones with completion of Phase 1 of the pioneering road and also the water management system in Chile, both of which enabled the commencement of pre-stripping activities.” [emphasis added]. In order to comply with Chilean regulations, the water management system was required to be able to handle a “1,000 year” flood (namely a flood of the severity that it would only happen approximately every 1,000 years). However, the following summer, when the snow melted, it overwhelmed the water management system causing two severe mudslides that damaged the surrounding area. The defendants self-reported this problem to the Chilean government, which ultimately laid environmental charges and imposed fines of up to $16 million against Barrick. On June 28, 2013 the defendants issued a press release saying “[t]he company has submitted a plan, subject to review by Chilean regulatory authorities, to construct the project’s water management system in compliance with permit conditions for completion by the end of 2014, after which Barrick expects to complete remaining construction works in Chile, including pre-stripping.” [emphasis added]

Before addressing the merits of the argument that this was a public correction, Justice Belobaba discussed the two-part test for leave under s.138.8, namely, good faith and a reasonable chance of success at trial. While in previous decisions, Justice Belobaba had described this test as a mere “speed bump,” in this decision he cites the Supreme Court of Canada’s decision in Theratechnologies Inc. v. 121851 Canada Inc., 2015 SCC 18 which explicitly says the test is not a speed bump, but rather a mechanism to prevent non-meritorious actions from burdening the justice system. Nevertheless Justice Belobaba said the test is still not an onerous one, stating that “…the judge may say to herself that the chances of the defendant succeeding at trial are excellent – 80 or even 90 per cent. This still leaves a 10 to 20 percent chance of success for the plaintiff, enough to clear the ‘reasonable possibility’ hurdle.”

The defendants had also argued that there could not have been a correction of a misrepresentation because the original July 26, 2012 statement was a legal opinion and not a misrepresentation. Justice Belobaba disagreed, finding that there is nothing in the sentence that qualifies it as an opinion and not a statement of fact. Noting that there is no Canadian authority on whether an opinion can be a misrepresentation, he relied on a decision of the U.S. Supreme Court, which found that opinions can contain facts, which can be misrepresented. Ultimately, Justice Belobaba determined that Barrick’s statement that the water management was complete and that its completion allowed Barrick to begin pre-stripping was a fact. He also found that the later statement that the water management system would need to be constructed in accordance with the permit before they could begin pre-stripping was arguably a public correction. This was enough for the action to be granted leave to proceed under Part XXIII.1 of the Securities Act.

As this decision is only a few days old, it remains to be seen whether it will be appealed to a higher court. However, if it is not overturned, this decision appears to somewhat lower the bar to obtain leave to proceed with a misrepresentation action under Part XXIII.1 of the Securities Act. In addition, not only does this decision give issuers guidance as to the necessity of framing their opinions and predictions properly, it also helps clarify the rights of investors where misrepresentations are made in the context of an opinion.