Whose Reliance is it anyway? Court strikes misleading ad claim 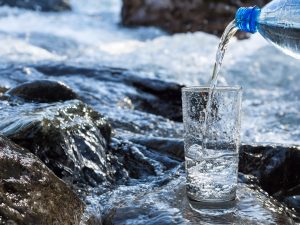 Claim struck for lack of reliance

LBI Brands Inc. and AquaTerra Corp. both sell water in large box format. LBI alleged that AquaTerra reproduced some of LBI’s icons on its packaging in order to target LBI’s customers, and falsely represented to the customers that its water originates from a certain natural spring, contrary to the Competition Act’s misleading advertising provisions (section 52). LBI sued for damages under the Competition Act’s statutory cause of action (section 36) (among other claims).

AquaTerra moved to strike, arguing that LBI must plead (and ultimately establish) that it relied on the misrepresentation to its detriment.

The court held that LBI’s Statement of Claim failed to show that it suffered a loss as a result of the misrepresentation made by the defendant, which can only be established by pleading that LBI relied on the misrepresentation to its detriment. In reaching this conclusion, the court relied on two cases that establish that a consumer seeking damages for misleading advertising must plead and prove reliance (Singer v Schering-Plough Canada Inc. and Magill v Expedia Canada Corp.)

The difference between consumer claims and competitor claims

The court did not take into consideration the difference between claims by consumers and claims by competitors. Singer and Magill were actions brought by consumers who claimed they suffered losses caused by misrepresentations made by the defendants. LBI’s action was brought by a competitor who claims for losses, not because it relied on AquaTerra’s misrepresentations, but because consumers did.

The cause of action in the Competition Act requires proof of causation. It makes sense to require consumer plaintiffs to prove that they suffered damages because they relied on a misleading ad. But it doesn’t make sense to require a competitor plaintiff to show that it relied on the ad. After all, advertisements are designed to target consumers, not competitors. There is no reason why a business would rely or act on the representations made in its competitor’s advertisements. A competitor suffers harm not because it relies on the ad, but because consumers do, which causes the plaintiff to lose business. Therefore, what the competitor plaintiff should have to prove is that it lost money because consumers relied on the misleading ads.

This case is wrongly decided, in my view.

The plaintiff is appealing.