A headstone maker was recently ordered by the Nova Scotia Supreme Court to stop making false and misleading statements about a competitor who successfully brought a motion seeking injunctive relief. However, the court granted a narrower order than that sought by the plaintiff, enjoining only specific assertions of fact that were proven to be untrue. 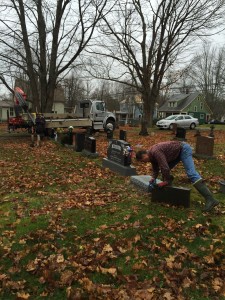 The dispute was between two competitors in the cemetery headstone and monuments business, DeMone Monuments and Granite Products Limited and Heritage Memorials Limited. DeMone, the plaintiff, alleged that Heritage falsely claimed that DeMone uses substandard materials and does not manufacture its own monuments. DeMone sued Heritage and several individual defendants working at Heritage under the common law tort of injurious falsehood and under the Competition Act for breaches the misleading advertising provisions.

What is unusual about this case is that Heritage did not make public statements about DeMone through an advertising campaign, a strategy frequently used by businesses to target their major competitors. Instead, DeMone first discovered the allegedly false or misleading statements about its products in several published articles about the expansion of Heritage’s business. Heritage’s president, Steve Nelson, was quoted as saying that Heritage was the only company that still manufactures its own monuments, that it is the only company that makes monuments in Canada, and that “everything else is premade and comes from China”.

DeMone also claimed that customers had asked about the source and quality of DeMone’s granite. These customers had either gone to Heritage first or had been told by someone from Heirtage that DeMone used inferior granite. DeMone’s principal, Mr. Himmelman, even went undercover to Heritage, posing as a customer, and was told by a Heritage employee that other competitors such as DeMone used inferior prefinished Chinese granite that was prone to cracking or fading over time.

False Representations Under Common Law and the Competition Act

DeMone claimed that the statements made by Heritage constituted the tort of injurious falsehood, which involves a defamatory remark intentionally made by the defendant that causes damages to the subject of the remark.

Section 52(1) of the Competition Act makes it a criminal offence to knowingly make false or misleading representations in the course of business. Section 36 of the Competition Act allows any person who has suffered a loss or damage as a result of a breach of s. 52(1) (and other criminal provisions of the Act) to bring a private action to recover those damages.

Injunction Carves Out What Not to Say

DeMone brought a motion for an interlocutory injunction to prohibit Heritage from making false and/or misleading statements about DeMone until issues are resolved at trial. At the motion, DeMone advanced evidence to show that it purchases both finished monuments and granite from India, not China, and that it does not simply put letters on prefinished monuments as Heritage had suggested. These evidence were accepted by the court.

Campbell J. of the Nova Scotia Supreme Court distinguished DeMone’s case from other defamation cases where the litigant attempts to suppress freedom of the press by seeking injunction against certain publications made in good faith in matters of public interest. The key difference in this case is that Heritage made false statements about the source and the manufacturing process of DeMone’s products, which could not be sheltered under the court’s protection.

Campbell J. granted an interim injunction against Heritage after applying the three-part test set out by the Supreme Court of Canada in R.J.R. MacDonald v. Canada (A.G.). First, Campbell J. found that there was a serious issue to be tried, based on the evidence advanced by DeMone. Second, DeMone would have suffered irreparable harm that cannot be quantified in monetary terms and cannot be cured. Although DeMone’s losses would be based on damages to its business reputation, it would be difficult to quantify the damages because there is no practical way to determine how many people have heard the statements made by Heritage and have formed their opinions based on those statements.

Finally, Campbell J. found that DeMone would suffer greater harm if Heritage continued to make false statements about DeMone’s business practices leading up to the trial, because it would be difficult to determine how many potential customers would be affected by these statements and DeMone would continue to absorb losses in the mean time. In contrast, the injunction would only impose very narrow restrictions on Heritage’s right to free commercial expression. Based on the evidence entered at the injunction stage, Campbell J. held that Heritage is specifically enjoined from claiming that DeMone uses granite from China, or that DeMone only uses premade, precut, prepolished and prefinished monuments.

The right to commercial free speech is recognized by the courts. It includes the ability to compare one’s own products favourably against competing products. Courts are also reluctant to insert themselves into disputes between competitors over whose products are better. Thus this case, the court rejected the idea of ordering Heritage not to make any false or misleading statements about DeMone, as such an order would be difficult, if not impossible to define and enforce.

On the other hand, this case shows that courts are prepared to enjoin a competitor from making specific, false statements about another.