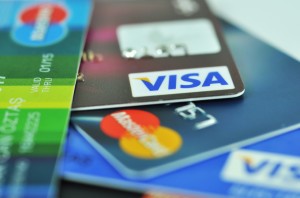 The perennial question in Canadian law (and politics) is: is it federal or provincial?

In the case of credit cards issued by banks, the answer is “both”. Although banks are a federal responsibility, provincial consumer protection laws mandating disclosure of contract terms apply to banks that issue credit cards, the Supreme Court held recently in three decisions issued the same day.

The decisions are also notable for the very high standards they set for disclosures to consumers. The court held that both the existence and the details of foreign currency conversion charges must be disclosed.

The three cases all involved class actions in Quebec alleging that most Canadian banks, including Canada’s so-called Big 5 (Bank of Montreal, TD, Royal Bank, CIBC, and Scotiabank) did not disclose the commission they charge when converting purchases made in foreign currencies into Canadian dollars, as required by Quebec’s Consumer Protection Act.

Generally speaking, when a consumer makes a purchase with a credit card in a foreign currency, their bank will convert the foreign currency to Canadian dollars using the “interbank rate”, and then add a percentage commission charge, typically around 1.8-2.2%.

Even with the commission, these rates are typically better than banks offer to customers exchanging cash. For example, at the time of writing, the interbank rate to convert US$ into C$ was around 1.1161. A US$100 charge converted at this rate, with a commission of 1.8% (RBC’s commission), results in a charge of C$113.62. The cash rate at RBC was 1.1475, which means that the same US$100 would cost C$114.75 to buy.

The result of the Supreme Court’s decision is that the banks that did not explicitly disclose the commission charge must refund those charges to their credit card customers in Quebec. Effectively, those customers obtain the benefit of the interbank rate, a rate that is usually only available to financial institutions. The court also restored punitive damages awards against some of the banks.

One of the defences raised by the banks was that because banking is federally regulated, the Quebec Consumer Protection Act did not apply to credit cards they issue. The banks relied on two similar constitutional principles: “interjurisdictional immunity” and “federal paramountcy”.

Credit cards do not have interjurisdictional immunity

Interjurisdictional immunity is a doctrine that says that a provincial law cannot trench upon the core of jurisdiction reserved for federal laws, and vice versa. Deceptively simple in theory, the doctrine is difficult to apply.

In addressing this issue, the court asked itself two questions:

The answer to the second question is “no”, the court found. Requiring credit card issuers to disclose terms to their customers does not interfere with their right to dictate those terms, or the right of the federal government to legislate about those terms.

No need for paramountcy

The federal paramountcy doctrine says that if a valid federal law conflicts with a valid provincial law, the federal law prevails.

Paramountcy does not prevent both levels of governments from legislating in the same area; it only applies where the laws conflict (for example, compliance with one law would breach the other), or where provincial legislation would frustrate the purpose of the federal law (for example, where the federal law expressly permits something, but the provincial law forbids it).

The nature of credit cards

Credit card payment systems are based on a complex web of contracts whose legal foundation is difficult to classify. While court did not elaborate a legal theory of credit cards, it did give a few hints about the legal nature of credit cards.

The court also held that renewals of credit cards are new contracts. Rather, the credit card contract is effective when the card is first used.

The Supreme Court’s decision also establishes a very exacting standard for disclosure by credit card issuers – and presumably other merchants.

The court held that it was not enough to disclose the existence of the commission; the details also had to be disclosed. This disclosure statement, from Citibank, failed the test:

Charges Made in Foreign Currency: If you make a purchase or obtain a cash advance (or return a purchase) in a foreign currency, your account will be charged (or credited for a return) in Canadian dollars. We will use a rate of exchange that reflects the cost of foreign funds at the time of the transaction and an administration charge for the transaction handling through the MasterCard International Incorporated network. These costs will be included for both credits and debits to your account. [Emphasis added by Supreme Court.]

What about simply saying that the bank would decide what the exchange rate is? Amex adopted this approach in 1993:

If you incur a Charge in a foreign currency, it will be converted into Canadian dollars at the exchange rate determined by us on the date when the Charge is processed by us or by our authorized agents. This rate may differ from the rate in effect on the date of your Charge. Amounts converted by establishments — such as airlines — will be billed at the rates such establishments charge. [Emphasis added.]

There’s nothing incorrect about this, and nothing unfair about the exchange rate (even with Amex’s 2.2% commission, the effective exchange rate is better than exchanging cash at the bank). But the court reserved especially harsh words for this approach, holding that Amex had “wilfully hidden its conversion rate”.

This decision has important implications for federally-regulated businesses. Essentially, they must determine which provincial laws apply to their operations, and comply with them.

There is easy answer to this question, because of the multiplicity of federal and provincial laws. The credit card trilogy suggests, however, that provincial consumer protection legislation will apply to the activities of federally-regulated businesses, except to the extent that they conflict with federal regulations.

The three decisions are: