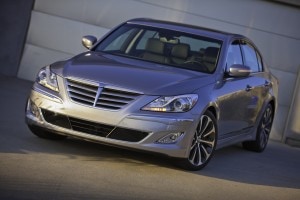 Hyundai and Kia advertized fuel consumption figures based on tests conducted in Korea. They later discovered that procedural errors in the testing invalidated the results. On November 2, 2012, the two car makers issued press releases explaining the error and announcing a compensation program for consumers. The compensation program offers consumers pre-paid credit cards for the extra fuel they use over and above the advertized consumption rating, plus 15%.

The Bureau then announced that it has “secure[d]” consent agreements from the two car makers wherein they “formalize the steps they have taken to respond to inaccurate fuel consumption ratings found in advertisements for a number of their automobiles”. Unfortunately, one has to read the consent agreements themselves to appreciate fully that Hyundai and Kia discovered the problem, remedied it, and self-reported.

In the United States, Hyunadi and Kia announced a similar compensation program.

Class actions were launched in both Canada and the US. The US class actions were settled with Hyundai and Kia agreeing that affected customers can choose between prepaid cards under the original compensation program, or lump sum compensation. Customers who choose a lump sum can choose between a dealer service credit worth 150 percent of their payment or 200 percent of their lump sum amount toward a new car. The lump sum option allows affected customers to avoid having to claim annual rebates. (See Press Release by American law firm leading the class action.)

The Canadian class action has yet to settle.