Two gasoline retailers and five individuals have pleaded guilty to fixing the price of gasoline in Belleville, Ontario, and Victoriaville, Quebec, the Competition Bureau announced today. 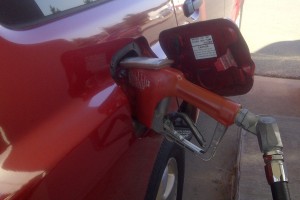 Suncor Energy Products Inc. (Sunoco) pleaded guilty to fixing the price of gas in Belleville, Ontario, from May to November 2007, and was sentenced to a fine of $500,000.

Suncor’s conviction comes hard on the heels of guilty pleas by Pioneer Energy, Canadian Tire, and Mr Gas, who pleaded guilty on March 20, 2012, to fixing the price of gas in Kingston and Brockville and were fined a total of $2 million.

To date, 27 individuals and seven companies have pleaded guilty to gas price fixing in Victoriaville, Thetford Mines, Magog, and Sherbrooke, Quebec. Fines of over $3 million have been levied, and sentences to be served in the community have been imposed on six individuals.

The timing of the Bureau’s press releases is ironic, coming on a Friday, when gas prices typically rise for the weekend.