In a recent decision, Thomas v. Saskatchewan Indian Gaming Authority Inc., the Court of Appeal of Saskatchewan re-affirmed the governing principles applicable to dismissal for cause. This case provides guidance to employers looking to address an employee’s conduct after receiving news of a missed promotion or raise; specifically, whether or not dismissing said employee for cause is appropriate in the circumstances.

Ian Thomas worked for Saskatchewan Indian Gaming Authority Inc. (SIGA) as a procurement support officer. Thomas applied for a promotion to a management position in the procurement department. Shortly thereafter, Thomas met with Martin Hryniuk, SIGA’s director of procurement, who informed him that the position had been awarded to a female

Thomas reacted very poorly to this news. He became angry and aggressive, accusing Hryniuk of being a racist who did not support the advancement of Indigenous men. Thomas’ aggressive actions and tone did not stop when Hryniuk called another supervisor, Herman Bulger, into the meeting. Bulger witnessed Thomas leaning towards Hryniuk and shaking his finger aggressively at him. 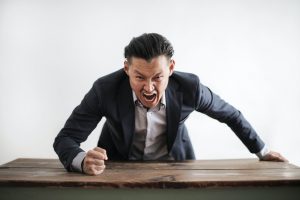 Following the meeting, SIGA placed Thomas on leave while its Employee Relations Department investigated the matter and instructed him not to communicate with other employees. Thomas ignored those instructions and spoke with employees requesting that one of them email him proprietary documents belonging to SIGA. Following an internal investigation, SIGA terminated Thomas’ employment without notice for just cause. It was Thomas’ conduct during his meeting with Hryniuk that formed the basis for his dismissal.

The trial judge dismissed Thomas’ claims for wrongful dismissal, seeking pay in lieu of an appropriate notice period, and aggravated damages. SIGA had just cause to terminate Thomas’ employment based on his aggressive and insubordinate conduct during his meeting with Hryniuk.

The Court of Appeal found no error in the trial judge’s conclusion that there was just cause in these circumstances.

The Court of Appeal proceeded to re-affirm the governing legal principles applicable to a dismissal for cause; specifically, that the question to be addressed is whether, in the circumstances, the behaviour of the employee was such that the employment relationship could no longer viably exist (McKinley v. BC Tel). The application of this standard consists of:

Thomas further argued that the trial judge erred by finding that he had breached SIGA’s Anti-Harassment and Workplace Violence Policy. The Court of Appeal disagreed again with Thomas, finding that the policy clearly prohibited harassment, intimidation, and disruptive behaviours. There was no need for the trial judge to make a specific finding on whether Hryniuk reasonably feared for his safety so as to engage the definition of “workplace violence” in the policy.

The Court of Appeal proceeded to reject Thomas’ argument that the trial judge had punished Thomas for complaining about discriminatory treatment. It was not Thomas’ motivation in making the complaint, i.e. making a complaint about perceived discrimination, that was at issue, but rather his actions and his conduct towards Hryniuk.

The Court of Appeal also rejected Thomas’ argument that the trial judge erred by finding that a single act of misconduct was sufficient to amount to termination for cause as there are several examples in the jurisprudence where a single incident of insolence, not involving physical violence, has been found to amount to cause.

Lastly, Thomas argued that the trial judge erred by finding that he had committed misconduct by violating SIGA’s instruction not to contact other employees during the investigation. The trial judge had correctly found that just cause dismissal had been established on the basis of Thomas’ conduct in the meeting alone. SIGA’s instruction not to communicate with other employees during the investigation had no bearing on that determination.