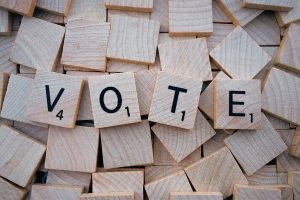 In Working Families Ontario v. Ontario, Justice E.M. Morgan of the Ontario Superior Court of Justice found that Ontario’s amendments to the Ontario Election Finances Act (“EFA”) to impose, for the first time, spending limits on political advertising by third parties in the 12 months leading up to the issuance of an election writ were contrary to the Canadian Charter of Rights and Freedoms, specifically subsections 2(b) (freedom of expression) and 2(d) (freedom of association).

The original amendments to the EFA placed a $600,000 overall spending limit on political advertising by any one individual or organization in the six-month pre-election period, of which a maximum of $24,000 could be spent in any given provincial riding. These limits largely mirrored spending limits that had already been adopted at the federal level.

The challenge focused on the regulation of election spending during the six months preceding period and the definition of “political advertising.” Not at issue were the spending limits during the actual election period. The parties accepted those as justifiable to ensure that properly functioning elections would take place.

By the time the matter was heard, the Ontario government had further amended the EFA to double the pre-election restricted spending period from six months to twelve months (while the $600,000 per third party limit remained the same, of which a maximum of $24,000 can be spent in any one electoral district).

“Political advertising” was broadly defined in the EFA to include advertising that directly or indirectly promotes or opposes a party, leader or candidate. It also covered “… advertising in any broadcast, print, electronic or other medium with the purpose of promoting or opposing any… position on an issue that can reasonably be regarded as closely associated with a registered party or its leader or a registered candidate”. The definition excluded editorial and column writing, communications with shareholders, employees, trade union members, and non-commercial internet transmission of personal political views as well as ‘get out the vote’ messages and telephone campaigns designed to encourage voters to participate in the election.

Justice Morgan reiterated the long-standing proposition that the Charter guarantee under section 2(b) has often been said to give expression in a political context the highest level of protection. As Justice McLachlin put it in the Supreme Court case of R v Zundel, “the purpose of the guarantee is to permit free expression to the end of promoting…political or social participation”. The financing of political expression – specifically, election-oriented advertisements – is expression deserving protection under section 2(b) of the Charter; but its level of protection is a matter of context, to be weighed with and against other values underlying democracy itself. The Supreme Court indicated in Libman v Quebec that, “the actions of independent individuals and groups can directly or indirectly support one of the parties or candidates, thereby resulting in an imbalance in the financial resources each candidate or political party is permitted and that “spending limits are necessary to prevent the most affluent from monopolizing election discourse.”

In order to survive a Charter challenge, the spending limits in the EFA (and hence, restrictions on expression) must  embody a pressing and substantial objective in accordance with the Supreme Court’s decision in the case of R v Oakes. For limitations on political speech to be justified under section 1 of the Charter, they “must be supported by a clear and convincing demonstration that they are necessary, do not go too far, and enhance more than harm the democratic process.” (BC Freedom of Information and Privacy Association v Attorney General of British Columbia) This was the position of the Ontario government: that the proposed time-limit increase (to 12 months) would “help to responsibly regulate third party advertising between elections, and would protect the essential voice of individuals and ensure they, and not pop-up political groups, remain the driving force of our elections.”

There was expert evidence proffered on this application that unfettered spending by a small number of wealthy third parties has had a corrosive impact on the U.S. electoral process. There was also evidence that Ontario was headed in the same direction. Justice Morgan was prepared to accept that at the highest level, the objective of the spending restrictions in the EFA could be seen as genuine and that they were aimed at fortifying democratic governance itself.

The R v Oakes test also requires that any restrictions of Charter rights cause minimal impairment. This was the focus of Justice Morgan’s analysis. His Honour wrote, “it is with the minimal impairment portion of the Oakes test that the rubber of Bill 254 hits the slippery road of justification, causing the EFA vehicle to skid off course.”

In its initial iteration, the EFA contained a six-month restriction on pre-election advertising, which was similar to restrictions in federal elections. Bill 254 increased that to 12 months. The government’s own expert witnesses in the present case all testified that a 6-month pre-election period was the appropriate and effective period in which spending restrictions for political advertisements should operate. In previous litigation that was commenced to challenge the six-month restriction, the government’s experts opined that a six-month period of pre-election regulation was reasonable. On this application, those same experts opined that the new 12-month period was also reasonable. Justice Morgan had difficulty reconciling how 12 months was the minimal impairment required under the R. v. Oakes test if “6 months will do the trick.”

This R. v. Oakes analysis asks “whether the means adopted to achieve the end sought do so by impairing as little as possible the right or freedom in question” (see also R v Big M Drug Mart Ltd.). According to Justice Morgan, “the more the restriction on their political expression, the more the Applicants’ rights are limited. When compared with a 12-month impairment, a six-month impairment will always be the more minimal one.” His Honour also noted that there was no justification or explanation anywhere in Ontario’s application record as to why the doubling of the pre-election regulated period was implemented.

Simply put, it did not matter that both a 12-month and a six-month restricted period were “reasonable” in the view of the experts. A 12-month impairment was twice as long, and hence, twice as restrictive. By definition that could not minimal. Justice Morgan held that the Bill 254 amendments implementing and enforcing the 12-month pre-election regulated period were not reasonable limits on the Applicants’ rights of free expression and they violated section 2(b) of the Charter and could not be saved under section 1 of the Charter.

Justice Morgan found that it was not strictly necessary discuss the allegation that the provisions of the EFA that prevent third parties from circumventing spending limits infringe section 2(d) of the Charter (freedom of association) since the amendments could not survive the challenge under section 2(b).

Update: In response to this decision, the Ontario government may invoke Section 33 of the Canadian Charter of Rights and Freedoms to exempt the EFA from Charter scrutiny. The purpose of section 33 is to require a government that wishes to pass laws that limit Charter rights to say clearly what it is doing and accept the political consequences. Section 33 is sometimes referred to as the “notwithstanding clause”. It gives Parliament and provincial and territorial legislatures limited power to pass laws that may limit certain Charter rights – namely fundamental freedoms, legal and equality rights. They can only do this if they clearly state that a particular law is exempt from the Charter. An exemption from the Charter lasts a maximum of five years, but may be re-enacted by Parliament or the legislature concerned. To date, provincial or territorial legislatures have rarely used this section. It has never been used by the federal Parliament (source: “Guide to the Canadian Charter of Rights and Freedoms“). If invoked, it would be the first time in Ontario that the notwithstanding clause will be used since the Charter’s adoption in 1982.