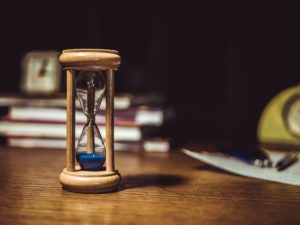 Ontario’s Attorney General has recently proposed a bevy of changes to the provincial justice system in Bill 161, the Smarter and Stronger Justice Act, 2019, including important changes to the Class Proceedings Act, 1992 that, among other things, expedite carriage motions and require plaintiffs’ counsel to move a case forward to certification quickly or risk dismissal.

A party can now bring a motion to dismiss a proceeding for delay if more than one year has passed from when it was commenced and the representative plaintiff has not filed a final and complete motion record for certification. Otherwise, the parties can agree to a timetable to move matters forward. If a matter is dismissed for delay, a notice must be posted on the solicitor’s website or otherwise provided to class members who expressed an interest in the case at the solicitor’s own cost.

Notices under the Act are now required to be written in plain language and in English and French. The costs of a notice of certification are now only recoverable by a representative plaintiff if they ultimately win the case.

The court may now also order some of the fees and disbursements to be held-back until it is satisfied with the distribution of the monetary award or settlement funds, including the number of class members who made a claim for monetary relief and how many of them actually received money.

Third-party funding agreements require court approval and on such motions, defendants are entitled to make submissions. The court must be satisfied that the agreement is fair and reasonable, that it will not diminish the rights of the representative plaintiff to control the litigation, and that the funder is financially able to satisfy an adverse costs award in the proceeding.

If the funder is not ordinarily resident outside Ontario, if the defendant has an order against the funder for costs in the same or another proceeding, or if there is good reason to believe that the funder has insufficient assets in Ontario to pay costs, then the court can award security for costs up to the limit of the indemnity provided by the third-party funder.

A multi-jurisdictional class actions under the Act involve subject matters or class members in two or more Canadian provinces or territories. Where a proposed Ontario representative plaintiff wishes to certify such a class action in Ontario, they must give notice to the representative plaintiff of any class proceeding or proposed class proceeding elsewhere in Canada. That person is entitled to make submissions on the certification hearing of the proposed Ontario class action.

In determining whether it is preferable to certify a multi-jurisdictional class action in Ontario, the court will take into consideration some of the following: the alleged basis of liability in each of the proceedings, any differences in the laws of each applicable jurisdiction respecting liability and any available relief, the stage each proceeding has reached, the location of class members and representative plaintiffs in each proceeding, the ability of a representative plaintiff to participate in a proceeding and to represent the interests of class members, and the location of evidence and witnesses, amongst other considerations.

If it is not satisfied, then the court can refuse to certify a multi-jurisdictional class action in favour of it proceeding in another province or territory. It can also divide the class into Ontario residents and non-resident subclasses.