Nothing wrong with cutting number of Toronto City Councillors during election campaign: Court of Appeal 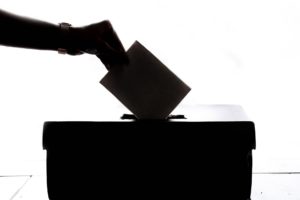 In a 3-2 decision, the Court of Appeal for Ontario in Toronto (City) v. Ontario (Attorney General) held that the Province of Ontario’s decision to reduce the number of Toronto City Councillors from 47 to 25 in the middle of a municipal election did not violate any constitutional rights of candidates or citizens. In a nod to the prevailing administrative law principle that courts should rarely interfere in political decisions, the Court of Appeal set aside a lower court decision that found the change imposed by the Province had violated the right of free expression guaranteed under the Canadian Charter of Rights and Freedoms of candidates and voters alike.

The Province quickly sought a stay of that decision so that the municipal election could proceed (see our article: Toronto’s On Again, Off Again Election To Proceed Notwithstanding Provincial Interference). A three-member panel of the Court of Appeal granted a stay on the basis that there was a strong likelihood that the ultimate appeal would be successful. The election then proceeded with only 25 City Council wards.

A five-member panel of the Court of Appeal then rendered this decision that confirmed what its three-member stay panel had said: that the lower court decision was wrong and that the Province’s actions were upheld.

“The applicants’ complaint has been clothed in the language of s. 2(b) of the Charter to invite judicial intervention in what is essentially a political matter. There is no legitimate basis for the court to accept this invitation.”

Canada’s Constitution Act, 1867 divides powers between the federal and provincial governments. The provinces have the exclusive jurisdiction over every aspect of municipal government. Within that framework, provinces assign to municipalities certain powers. In the case of Toronto, it has had until recently the ability to set the number of councillors and wards as it saw fit. For the 2018 municipal election, it set the number at 47.

That number of councillors was unacceptable to the recently-elected provincial government, which claimed to have been elected on a platform including reducing the size and cost of government including municipalities.

2. Everyone has the following fundamental freedoms:
(b) freedom of thought, belief, opinion and expression, including freedom of the press and other media of communication;

The Court did not agree that legislation that changed some state of affairs (such as the number of electoral wards), such that a person’s past communications would lose their relevance and would no longer contribute to the desired project (e.g., election to public office), infringed on anyone’s rights under s. 2(b). The right of candidates to be able to express their views in a 25-ward election had not been infringed by the switch. The effectiveness of the communications made during the 47-ward election may have been reduced, but the rights of candidates to express themselves had not.

“The frustration of candidates in facing altered electoral circumstances – unanticipated rivals, losing allies, and needing to reach new voters – did not prevent them from saying anything they wished to say about matters in issue in the election or in promoting their candidacies. The submissions of the City and some of the intervenors make the error of implausibly characterizing every negative impact on the candidates as an interference with expression.”

In its dissent, two justices of the Court of Appeal focused on the fact that elections were the centerpiece of Canada’s democracy at all three levels of government and one of the four
unwritten constitutional principles in Canadian constitutional law. The timing of the Province’s action represented a substantial attack on the centrepiece of democracy in an established order of Canadian government – an active election in a major Canadian municipality.

The dissent recognized that while a government is generally not required to provide platforms for expression, where it chooses to provide one, it must do so in a manner that complies with the Charter and an obligation to respect the s. 2(b) right of all persons to freely express themselves within the terms of a municipal election once that election has commenced.

“By extinguishing almost half of the city’s existing wards midway through an active election, Ontario blew up the efforts, aspirations and campaign materials of hundreds of aspiring candidates, and the reciprocal engagement of many informed voters. This infringement of s. 2(b) was extensive, profound, and seemingly without precedent in Canadian history.”

The City of Toronto is seeking leave to appeal to the Supreme Court of Canada of the decision.

Share on FacebookShare on TwitterShare on Linkedin
Tags: #onpoli #topoli