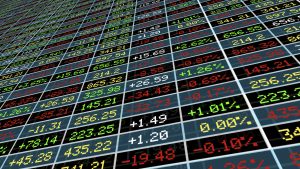 A proposed class proceeding for alleged negligent performance of investment advisory services was recently denied certification by the Court of Queen’s Bench of Alberta.

In Fisher v Richardson GMP Limited, the representative plaintiffs on behalf of themselves and the proposed class alleged that their investment advisor, Adam Woodward (“Woodward”), had provided unsuitable and negligent investment advice and that Woodward and his investment advisory team, Woodward Asset Management (“WAM”), had caused them capital and opportunity losses. Woodward and WAM had allegedly used a one-size-fits-all scheme and disregarded the individual circumstances of their clients. The plaintiffs also claimed that the Investment Dealer, Richardson GMP Limited (“RGMP”) and its branch manager, Blair Pytak, failed to supervise Woodward and WAM and that RGMP was vicariously liable for the misconduct of its employees.

The proposed class included all of RGMP’s clients whose investment accounts were under the management and direction of Woodward and other WAM advisors during some or all of the period from July 30, 2012 up to and including May 20, 2016.

Alberta Queen’s Bench Justice Glenda Campbell held that the plaintiffs had failed to satisfy all of the criteria required for certification. There were significant hurdles to certification including the plaintiffs’ failure to, establish an identifiable class of two or more persons under section 5(1)(b) of the Class Proceedings Act (“CPA”) and, convince the court that a class proceeding was a preferable procedure for the resolution of the common issues under section 5(1)(d) of the CPA.

With respect to the proposed class, the plaintiffs had not provided a basis in fact in support of the allegation that they were all subjected to the one-size-fits-all scheme or that they had received the same treatment, investment advice or investment products. Whether there was a common scheme, as alleged, could be determined only after an analysis of each client’s circumstances, the court held. The crux of the action, a suitability claim, was personal to each client, which made identification of the class complicated and problematic. Each client likely had varying risk tolerances, objectives, and time horizons as well as diverse relationships with Woodward and WAM. The diversity of the proposed class meant that they may have been owed different duties and may have suffered losses for different reasons. Ultimately, the proposed class definition failed to relate to a single, uniform experience and the court was not satisfied that the definition met the requirements of section 5(1)(b) of the CPA.

Out of 26 common issues proposed by the plaintiffs the court found that there were 17 common issues. However, those common issues would not significantly advance the action because the individual issues clearly predominate over the common issues, Justice Campbell held. For instance, even if the duty of care owed to the proposed class was capable of being determined at a common issues trial there were significant steps that would be left in the litigation before liability could be established. Several individual trials would be required to determine the scope and extent of the applicable standard of care, causation, resulting damages, proof of loss and vicarious liability.

Because the claims pleaded did not arise from a single, uniform transaction, scheme or representation, the Court concluded that a class proceeding was not the preferable procedure and individual civil claims, test cases or multi-party proceedings were better alternatives in the circumstances.

This decision can be contrasted with a very different result in 2012 in French v. Investia Financial Services Incorporated et al., in which the Ontario Superior Court certified a similar class action against a mutual fund dealer and registered salespersons of mutual funds. In that proposed class action it was alleged that numerous Investia clients had suffered losses as a result of a one-size-fits-all leveraging scheme in  which Investia mutual fund salespersons had recommended and arranged for clients to borrow significant funds to invest in mutual funds and/or segregated funds. The plaintiffs claimed vicarious liability against the dealer and that it had failed to supervise its sales representatives.  Similar to Fisher, suitability was central to the action and arguably the same kind of individualized assessments would be required to determine whether each client was suitable for the alleged leveraging scheme as well as the investment products recommended by the salespersons to their clients. However those individualized assessments were not impediments to certification in this case and the court held that a class proceeding was the preferable procedure – albeit with a less extensive discussion of how or why the proposed common issues could best be tried on a class-wide basis.

While these two cases may be difficult to reconcile, the Alberta court’s recent decision may be an indication that future class proceedings for advisor negligence and failure to supervise claims will encounter difficulty at the certification stage, particularly where the proposed class is a group with diverse investment backgrounds and there is a lack of evidence that they received the same investment advice or investment products.