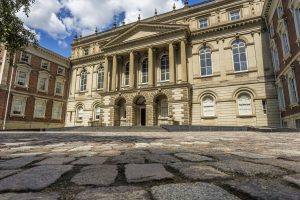 On September 26th, Justice Charney of the Ontario Superior Court of Justice released his sentencing decision in the Ontario Securities Commission v. Tiffin. This sentencing decision followed an appellate decision by Justice Charney from May, 15th, 2018 in which Tiffin was convicted of trading in securities without registration and while prohibited as well as distributing securities without a prospectus.

Daniel Tiffin received a six-month custodial sentence as well as being required to pay restitution for the securities he had sold illegally. Mr. Tiffin, who had been under a Cease Trade Order while under investigation for previous violations of the Securities Act, solicited funds from several of his prior clients in the form of several promissory notes. However, Justice Charney, in the earlier appellate decision, held that the sale of these promissory notes was a distribution of securities under the Act.

The only issue in the earlier appeal was whether the promissory notes were simple loan agreements or whether they were securities and subject to the Securities Act. This issue came down to an interpretation of the Act’s definition of security, which includes “(e) a bond, debenture, note or other evidence of indebtedness.”The trial judge held that the Act’s broad definition of securities cast too wide a net and a literal interpretation was inconsistent with the purpose of the Act.This was despite also accepting the OSC’s characterization of the Act as “catch and exclude.”

The trial judge adopted the “family resemblance” test from the United States Supreme Court’s decision in Reyes v. Ernst & Young 494 US 56 (1990). This test involves a contextual analysis to determine whether a note resembles a security. Under this test, the trial judge found that Tiffin’s promissory notes were not securities and were not regulated under the Securities Act. On appeal to the Superior Court, Justice Charney rejected the US family resemblance test; the term security is extensively defined in the Act and there is no case law that indicates an instrument that meets that definition should be excluded. Further, the legislation’s language is clear and unambiguous and it is not the role of the courts to modify the already complicated legislation.Another key distinction between the US and Canadian securities regulation is that the US definition of the term security includes the words “unless the context otherwise requires,” which is not present in the Ontario Securities Act. The absence of this language further reinforced the rejection of the American, contextual analysis in the family resemblance test. Justice Charney held that “the clear intent of the legislature is that loan agreements are not to be excluded from the definition of “security” unless they fall within a specific statutory exemption.” He also determined that “altering the meaning of a definition that is fundamental to a complex and carefully balanced regulatory regime is not a judicial function.”

Justice Charney’s recent sentencing decision noted that, since restitution alone would not have qualified as a penalty, as Mr. Tiffin was already under a legal obligation to repay the promissory notes, a custodial sentence would have to be ordered.Following consideration of both mitigating and aggravating factors, Mr. Tiffin was sentenced to a six month custodial sentence with a further twenty four months of probation.

The imposition of a custodial sentence in this case, combined with the earlier decision that the definition of security must be interpreted strictly is a cautionary tale for parties under Cease Trade Orders. These CTO’s have the ability to restrict behaviour that may not, at first glance, seem like trading in securities. The court here was clear, if the Securities Actsays it is a security, it is a security and there’s no room for debate. The fact that an appellate court has explicitly held that the OSC’s Cease Trade Orders prohibit restricted parties from engaging in debt financing expands the regulator’s power and oversight further than might have otherwise been thought.