Law firm denied lien against its own client for legal fees 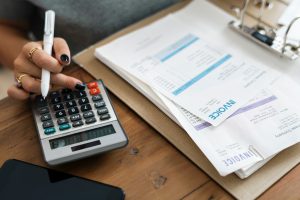 To Pay Or Not To Pay

In the case of Weenen v. Biadi, the Ontario Court of Appeal was faced with a request from the law firm of a successful plaintiff that its outstanding legal fees should be paid before any payments could be made to the plaintiff by the defendant.

Weenen’s law firm had charged him approximately $820,000 in legal fees through to the end of the trial, but was left with $360,000 in outstanding bills. Weenen had moved to have the law firm’s accounts assessed by an Assessment Officer for reasonableness, which had yet to be decided. That process can take years.

Section 34 of Ontario’s Solicitors Act permits a lawyer to obtain a “charging order” on the property recovered or preserved through the “instrumentality of the solicitor” for the lawyer’s fees. In other words, if the lawyer was the main actor in obtaining a judgment on behalf of a client, then that lawyer may ask the court for a charge against that judgment.

The law firm also sought a solicitor’s lien over the judgment and costs awards based on the court’s inherent jurisdiction to grant liens.

The Court of Appeal found that it was able to grant a charge to the lawyer under the Solicitors Act, and a solicitor’s lien pursuant to its inherent jurisdiction, based on a well-established three part test:

In this case, the first two parts of the test were made out. A judgment was property and it was deemed “recovered” through the law firm’s efforts. At issue was whether the client could not or would not pay under the third part of the test.

The analysis then proceeded to whether or not Weenen could pay. Weenen had, over the years, paid most of the 51 accounts rendered to him. He made instalment payments and even refinanced his home to pay for the litigation. On this last point, the law firm pointed to the refinancing as evidence that Weenen could not pay; the Court, however, found that this was evidence that supported Weenen’s willingness to pay. The client also attested to the fact that he had sufficient assets to pay the firm.

Balancing the interests of the parties, the Court was only willing to find that Weenen owed money to the law firm for unpaid accounts, but this in and of itself, did not justify a charging order or lien given the above.

Charging orders are clearly discretionary. There is no right to a charging order, and the court will order one only if there is evidence that the lawyer was instrumental in securing the judgment and will likely not be paid without the order. Further, courts are required to balance the circumstances and equities of each case and client.