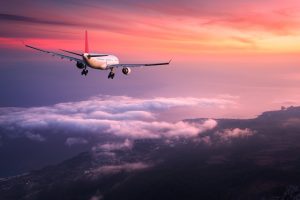 Brazil alleges that Canadian subsidies to Bombardier are unfair.

The WTO has recently ruled against Canada in a dispute started by Brazil, which alleges that Bombardier Inc.’s C-Series aircrafts are receiving unfair subsidies from the Canadian government. According to Brazil, Bombardier Inc. and its suppliers have received billions in subsidies, which are allegedly against Canada’s WTO obligations and have hurt Brazil’s aviation industry. Notably, Brazil-based Embraer S.A. is one of Bombardier Inc.’s major competitors.

A dispute panel was established at the WTO when a month of consultations failed to resolve Brazil’s complaint. Canada objected to Brazil’s panel request for three main reasons, and the panel disagreed with Canada on all three.

First, Canada argued that, in its panel request, Brazil failed to provide a summary of the legal basis for the prejudice that it claims that it is experiencing. In particular, Canada argued that Brazil had not clearly identified the allegedly subsidized product and the corresponding like product.

Second, Canada argued that Brazil identified measures in its request for a panel that it had not previously raised in consultations.

Third, Canada argued that Brazil failed to particularize the specific measures at issue from certain government-funded entities. For example, although Brazil has raised an issue with NSERC, it has not stated which of NSERC’s measures are a problem.

The WTO held that Brazil’s request for a panel was sufficiently detailed and that Brazil had not expanded the scope of the dispute in its panel request. Canada will have to deal with Brazil’s panel request as it currently stands.

The panel’s decision can be found on the WTO website here.