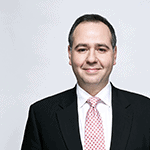 ‘After consulting with lawyers, several of [the ticket resellers] told the Star they paid up so they wouldn’t lose their tickets, though they attached notices indicating they were paying under duress and are considering legal action … They may have grounds to do so, said Toronto competition lawyer Michael Binetti.

“MLSE’s decision to stop treating all season ticket holders alike has the potential to greatly impact the secondary market and may stifle competition there by giving some resellers access to tickets at a lower price than others,” said Binetti, who is not representing any affected ticket holder.

“They’re saying: ‘Depending on how you use our product, we are going to treat you differently,’ ” Binetti said. “Well hold on, if I buy something, don’t I have the right to use it however I want?

“There’s a risk that MLSE’s markup for resellers could be considered an abuse of their dominant position in the ticket market,” Binetti added. “The Competition Bureau has been taking an interest in these kinds of cases where decisions made by a dominant company affect the market downstream.”…’

A related article on ticket prices was published by Michael Binetti on thelitigator.ca Ticketmaster Prices Are Misleading: Competition Bureau (If You Can Get Tickets)