Abbott Laboratories, a US-based multinational medical device manufacturer, completed its acquisition of competitor St. Jude Medical after receiving clearance from competition authorities in Canada, the US, and the EU in late December. 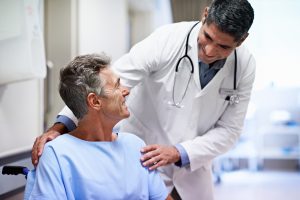 Competition issues were remedied by divestitures

The Canadian Competition Bureau found that while the majority of medical devices offered by Abbott and St. Jude are largely complementary, each offers vessel closure devices (VCDs). Vessel closure devices to seal small access holes made in arteries when inserting a catheter during angiograms and other procedures. Abbott and St. Jude were the largest suppliers of VCDs in Canada, and together accounted for the vast majority of the market. Their merger would substantially lessen competition in the VCD market, the Bureau concluded. The US Federal Trade Commission (FTC) and the European Commission reached the same conclusion for VCDs in the US and the EU.

The FTC and the European Commission also had concerns about the market for steerable sheaths. Steerable sheaths are used to guide catheters for treating heart arrhythmias. St. Jude had enjoyed a near monopoly in this market, the FTC found, but because Abbott had recently entered the market, the merger would eliminate this competition.

In order to resolve these concerns, Abbott agreed to divest St. Jude’s VCD business and its own steerable sheath business to Toky-based Terumo Corporation.