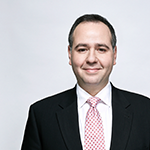 “Michael Binetti, a lawyer with Affleck Greene McMurtry LLP, says the decision reinforces that the law society’s tribunals have a duty to provide procedural fairness to defendants through disclosure.

“I think the message it sends to the law society is that they should err on the side of disclosing documents and information that could potentially be relevant rather than determining themselves what’s relevant based on how they frame the case,” says Binetti. Binetti has defended lawyers in law society tribunals, but was not involved in the case.