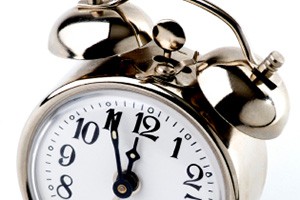 Time’s up for plaintiff who delayed suing

The limitation period starts to run when the plaintiff has knowledge of a wrong and the facts that would constitute a cause of action, the Ontario Court of Appeal reaffirmed in upholding the dismissal of a dealer client’s claim on a summary judgment motion for falling outside the limitation period. (Unegbu v WFG Securities, 2016 ONCA 501 affirming 2015 ONSC 6408).

The plaintiff, Ms. Unegbu, invested in mutual funds through a leveraged account at the defendant mutual fund dealer in June 2008. She expected an 8% return but noticed that her investments had declined by November 2008. Concerned, she contacted the dealing representative who sold the funds to cancel the transaction. Unsatisfied, she contacted the rep’s manager, who said in January 2009 that the rep had not arranged the best interest rate for her investment loan. By May 2009, the plaintiff knew she had suffered a loss from the rep’s conduct, but waited until January 2012 to issue her Statement of Claim.

Both the motion judge and Court of Appeal focused their reasons for dismissing the plaintiff’s claim on her knowledge by May 2009 that the defendants had done something wrong. The plaintiff argued that she did not realize that “a proceeding would be an appropriate means” to remedy the wrong (in the words of the Ontario Limitations Act) until June 2011, when she received a letter suggesting that she could sue from the Mutual Fund Dealers Association. In rejecting this argument, the Court of Appeal wrote: “It is well-established that a lack of appreciation of the legal significance of the facts grounding a claim does not stop the limitation from running”.

Share on FacebookShare on TwitterShare on Linkedin
Tags: limitation period