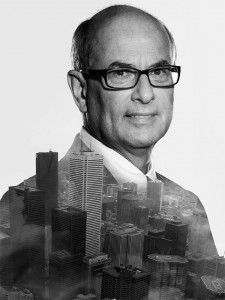 In a legal climate that relies with growing frequency on alternative dispute resolution, a lawyer’s negotiating skills are increasingly important. So, too, are the potential negative effects of habits that can undermine your effectiveness. I call them Demons for Negotiators. Here are five to consider.

Ego Creep: Quite often, ego creep results from feeling intimidated by the other side or insecure about your own case. You may try to overcompensate for a level of uncertainty by asserting yourself in unnecessary ways, such as speaking louder or much more frequently than usual. If you find yourself thinking more about yourself than the mandate you were given to pursue, you may be allowing your ego to take over.

Here are some other signs of ego creep: becoming overly aggressive or belligerent, feeling smug or superior to the other side, or acting on a desire to prove something about yourself. It’s essential for the negotiator to put the mandate first. You serve it; it doesn’t serve you!

Bias: We all encounter bias in our own private lives as well as in our professional lives. Astute negotiators have the self-control to separate their bias from the situation they are facing.  Preventing bias can require a great deal of patience: be disciplined and test your position using precedent and contrary arguments. Precedent alone is not enough: just because you can recall a time when a similar set of facts resulted in a particular outcome does not mean it is appropriate for this situation. Don’t run the risk of just confirming your own perspective – that will skew the details and the conclusions of the negotiation.

In his book The Psychology of Judgment and Decision Making, Scott Plous explains a concept that he calls confirmation bias, which is “the tendency to search for and interpret or prioritize information in a way that confirms one’s beliefs or hypothesis.” Many of us can fall into this, which is where a patient and painstaking process comes in as a form of protection.

Neediness: Try as best you can to exercise restraint throughout the negotiation process – rushing or continuous talking are signs of neediness. If the counsel or client or other participant is a non-stop talking head, I would suggest that you just let them run with it. There will come a time when you have to get them to focus on the issues at hand, but in some instances you may want them to run out a portion of the clock. Plus, any needy behaviour on their part can be instructive to your side, as it often signals weaknesses in their position.

Needing to get a deal done quickly is a huge problem for negotiators. Be aware that there is quite a difference between need and want. Any time you frame a request in the form of a want, you avoid a narrow-minded emphasis and gain control in the negotiation process. I would counsel you to monitor your mindset about getting a deal done and avoid being in a rush situation. The risks are just too great.

Naïve Realism: Lee D. Ross, Professor of Humanities and Sciences at Stanford University, defines naïve realism as “the belief that we see reality as it really is; that the facts are plain for all to see; that rational people will agree with us; and that those that don’t are either uninformed, lazy, irrational or biased.”

It’s important for negotiators to accept complexity and acknowledge that there is no such thing as a single obvious reality. Furthermore, you should respect the flexibility of facts, in that they can mean different things from different perspectives. Just because someone else holds a different perspective on a set of facts does not necessarily mean that they are wrong. You’re not the only person who can think and reason.

Assumptions: It’s important for the negotiator to doubt their own assumptions as well as the assumptions of the other side. Your own history and experience will lead you toward certain conclusions. You may sometimes be right, but don’t confuse assumptions with truths.

Hold in mind former US President Ronald Reagan, whose dealings with General Secretary Mikhail Gorbachev are legendary. “Trust but verify” was Reagan’s scripted response to the wily Gorbachev. Apply this phrase to yourself and to the other side. It’s important that you expect the other side to be truthful, conscientiousness and upright. But it’s equally important that you seek the information you need to ensure that your trust is well placed.

David Dingwall, former Federal Cabinet Minister, is counsel at Affleck Greene McMurtry LLP, host of the Ryerson Negotiation Project, and author of Negotiating So Everyone Wins, due out in April.