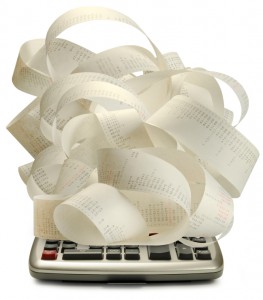 In the latest chapter in an almost 20-year-old saga involving Philip Services Corp. (“Philip”) and an accounting fraud uncovered in 1998, Ontario Superior Court Justice Perell summarily dismissed a negligent misrepresentation claim brought against Philip’s auditor, Deloitte & Touche (“Deloitte”).[1] In dismissing the claim last December, Justice Perell reaffirmed the longstanding principle established by the Supreme Court of Canada in Hercules v. Ernst & Young[2] that, as a general rule, auditors do not owe a duty of care to third parties such as investors, lenders, creditors or suppliers of the companies they audit. As expressed by the Supreme Court of Canada in Hercules, the prospect of limitless liability to an indeterminate number of persons warrants not extending to auditors a general duty of care to the investing public, lenders, and other third parties who might rely upon corporate financial statements.

In this case, the action was brought by the Canadian Imperial Bank of Commerce (“CIBC”) on behalf of a syndicate of lenders that in 1997 had loaned Philip US$1.5 billion relying, in part, on Philip’s audited annual financial statements for 1995 and 1996. CIBC argued, with the assistance of purported accounting expert James Feltman, that Deloitte knew and accepted that Philip’s debt level was rapidly increasing, that borrowings of more than US$1 billion were needed by Philip, and that the lending syndicate was intended and expected to rely upon the 1995 and 1996 financial statements before entering into the 1997 credit agreement with Philip. As such, it was argued by CIBC that the circumstances fell within an exception to the general rule that an auditor can be held liable to a class of third parties where those parties are a determinate person or group that is known to the auditor and the auditor’s statements are specifically intended to be used and relied upon by that person or group.

CIBC’s argument regarding why Deloitte owed it and other lenders a duty of care, and the purported accounting expert that helped make that argument on its’ behalf, were both rejected by Justice Perell. Firstly, Justice Perell found that Feltman’s proposed expert evidence was not evidence at all but, rather, argument on behalf of CIBC, as he “took on the role of a partisan rather than a non-partisan expert.” Accordingly, Feltman’s evidence was not admitted.

Similarly, Justice Perell rejected the assertion that the lenders were known to Deloitte and therefore owed a duty of care by Deloitte, stating, “[w]hat Deloitte knew about the lenders was indeterminate not determinate. During Deloitte’s tenure as auditor…Philip’s groups of lenders grew from 9 to 24 to 39 for the 1997 Credit Agreement.  …For Deloitte to be liable to the lenders, it had to have a special relationship with the lenders to differentiate them from the myriad of others who might foreseeably rely on Deloitte’s audit opinion.” As found by Justice Perell, Deloitte “had no way of knowing or controlling to whom it could be liable with respect to its audited statements, and it was not instructed directly or indirectly nor did it undertake directly or indirectly to assist the lenders in making any decision about how much to loan and the terms of the loan.” It was significant that, when Deloitte issued its audit opinions, the 1997 Credit Agreement had not yet been formed and, in the words of Justice Perell, “[i]t does not make sense to think that Deloitte undertook an audit for a purpose that did not yet exist.”

It is not uncommon in securities class actions for auditors to be named as defendants and, given the cap on damages found in the statutory causes of action available to investors under Part XXIII.1 of the Securities Act, plaintiffs frequently attempt to advance common law claims for negligent misrepresentation against auditors. This decision is likely to be appealed and it remains to be seen whether this analysis by Justice Perell, if upheld on appeal, will impact other, similar attempts to pursue auditors on behalf of disgruntled lenders and shareholders.