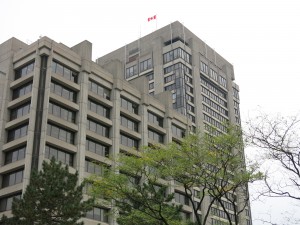 The Bureau’s secrets are safe

Documents and information that the Competition Bureau collects from third parties during its investigations are protected by public interest privilege from disclosure to plaintiffs in private actions, the BC Supreme Court has ruled.

The plaintiffs in a class action alleging that Microsoft conspired with various parties (including its own subsidiaries) to reduce competition for software sought production from the Bureau of documents and information it received from third parties and Microsoft, as well as notes taken by Bureau officers. The Bureau had investigated allegations that Microsoft had engaged in anti-competitive conduct in the early 2000s.

Both Microsoft and the Bureau resisted production of these documents.

Justice Myers rejected Microsoft’s contention that because the Bureau’s inquiry was made under the Competition Act’s civil reviewable matters provisions (Part VIII) and not its criminal provisions (Part VI), the information was not relevant to a class action that alleged a violation of Part VI.

Myers J. considered two cases in which courts ordered production of documents by the Bureau: Imperial Oil (see article) and Forest Protection. In both of these cases, however, the information that was ordered produced came from the defendants in the civil case. As well, in Imperial Oil, the information sought, namely wiretaps, had already been disclosed to the defendants in the criminal proceedings.

The plaintiffs argued that section 29, which protects the confidentiality of information provided to the Bureau, but also permits the Bureau to disclose it in order to enforce the Act, gave them the right to information in the Bureau’s possession, since private actions are a means of enforcing the Act. Myers J. disagreed. Section 29 “sets out prohibitions from disclosure; it is not a source of the right to disclosure”. Moreover, while private actions are a way of enforcing the Act, this does not mean that the plaintiffs stand in the shoes of the Commissioner of Competition.

The plaintiffs were also seeking two classes of documents that Microsoft submitted to the Bureau. Myers J. held that the first, correspondence and submissions from Microsoft to the Bureau, may be subject to some head of privilege, but that he lacked sufficient information to determine this. The second class, “business or source” documents (presumably, pre-existing documents) will need to be produced by Microsoft if they are relevant.

Often parties that provide information to the Bureau do so on the express understanding that the information will be kept confidential unless the Bureau needs to use it to enforce the Act. This decision confirms that the courts will not require the Bureau to breach third parties’ expectation of confidentiality at the behest of class action plaintiffs.