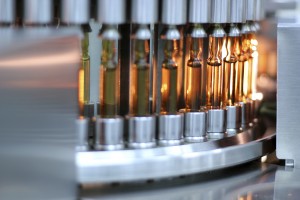 A proposed transaction between two multinational pharmaceutical and consumer healthcare product companies, GlaxoSmithKline (GSK) and Novartis was recently given the go-ahead by the Competition Bureau. The proposed transaction was announced on April 22, 2014 as a three-part, inter-conditional transaction, which involved the creation of a joint venture between GSK and Novartis for their over-the-counter (OTC) and consumer healthcare products. GSK would also acquire Novartis’ global vaccine business, while Novartis would acquire GSK’s portfolio of oncology products. Undertakings given by GSK to EU and US competition agencies dispelled the Bureau’s concerns that some aspects of the transaction could lessen competition.

Although only the OTC joint venture was notifiable under Part IX of the Competition Act, the Bureau conducted a full analysis on all three parts of the proposed transaction. The analysis focused on whether the proposed transaction was likely to increase prices in the relevant markets or decease another dimension of competition, such as innovation.

On the OTC joint venture, the Bureau found that while both companies offer products used to treat similar ailments, they are not close substitutes. There are other products on the market that are closer competitors to the ones offered by either GSK or Novartis. For the vaccine acquisition, the Bureau also found that the vaccine products offered by the two companies are not substitutes for one other given their significant price differences. Based on this finding, the Bureau concluded that the vaccine acquisition would unlikely result in a substantial lessening or prevention of competition in Canada.

As for the oncology acquisition, the Bureau considered each company’s products that are currently available on the market, and products that are in research and development. Both companies are currently developing a type of therapy aimed at treating a particular sub-group of metastatic melanoma patients. Aside from GSK and Novartis, there is only one other competitor who is developing a similar product. Based the framework set out by the Supreme Court in Tervita Corp v Canada (Commissioner of Competition), the Bureau concluded that the proposed transaction would likely have a substantial effect on competition due to a loss of innovation, since “but for” the transaction, Novartis would have continued to develop the therapy. Because of the acquisition, Novartis will probably abandon its therapy development as the product is further away from reaching the market than GSK’s product.

The Bureau also examined the global remedies to determine whether the proposed transaction warranted the Bureau’s intervention. In Europe, GSK has committed to the European Commission to sell one of its global vaccines businesses to a buyer to be determined post-closing of the vaccine acquisition. In the US, Novartis has reached a consent agreement with the Federal Trade Commission (FTC) relating to the oncology acquisition, under which Novartis is required to sell some of its assets to a third-party pharmaceutical company, Array BioPharama. This arrangement effectively alleviated the Bureau’s concerns regarding the oncology acquisition.

The Bureau has issued a No Action Letter to the parties on February 23, 2015. A No Action Letter indicates that the Commissioner of Competition does not intend to make an application to challenge the transaction at this time, but can still do so within one year following the close of the proposed transaction, pursuant to s. 97 of the Competition Act.