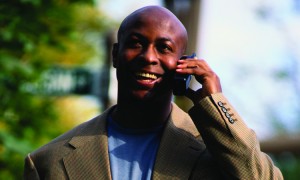 This decision will make it easier for plaintiffs to obtain evidence in price fixing cases by effectively allowing second-hand wiretapping.

The plaintiffs were seeking production from the Competition Bureau of wiretap intercepts it obtained in the course of its investigation into retail gasoline price fixing in Quebec. Initially the plaintiffs sought all 220,000 intercepts of private communications. Later, they narrowed the motion to the 5,175 intercepts that had been produced to the accused in criminal proceedings.

The intercepts were a critical piece of evidence in a trial of three accused. They demonstrated that the conspirators used a telephone tree to disseminate information about price increases. The three accused were convicted based on wiretap evidence that they assented to price fixing.

Truth is the goal of any trial

The majority decision in the Supreme Court started from the “cardinal principle” that “the ultimate aim of any trial, criminal or civil, is to seek and ascertain the truth”.

The Quebec Code of Civil Procedure contains a mechanism permitting parties to seek production of relevant documents from non-parties to the litigation. It was clear that the intercepts were relevant. The question, therefore, was whether they were immune from disclosure under the Competition Act or the Criminal Code.

Wiretap evidence not immune from disclosure

The defendants advanced a number of grounds for such an immunity. The majority rejected them all.

Section 29 of the Competition Act, which provides that certain information collected by the Bureau must be kept confidential, did not apply, the majority held, because wiretap intercepts were not among the enumerated types of information protected by section 29. The majority did not need to consider that scope of an express exemption in section 29, which permits disclosure “for the purposes of the administration or enforcement” of the Competition Act.

The defendants also relied on provisions in the Criminal Code that make it an offence to disclose intercepts of private communications. These provisions contain an exemption for disclosure “in the course of or for the purpose of giving evidence in any civil or criminal proceedings or in any other proceedings in which the person may be required to give evidence on oath” (s. 193(1)(a)).

The majority held that disclosure of wiretap intercepts fits within the exception in s. 193(1)(a), since it is “essentially to prepare for the hearing of the case”. Both the majority, and McLachlin C.J. in her concurring reasons, made it clear that the mechanism that for obtaining access to wiretap intercepts is found in the Quebec Code of Civil Procedure, not s. 193(1)(a) of the Criminal Code.

The majority held that concerns about the right to privacy can be addressed through conditions imposed by the court on disclosure, as well as the duty of confidentiality imposed on parties.

Abella J. dissented. She began with the proposition, taken from a decision of La Forest J., that “[O]ne can scarcely imagine a state activity more dangerous to individual privacy than electronic surveillance”. Noting that wiretaps cannot be authorized to gather evidence in civil proceedings, she held that only intercepts that have already been made public in a criminal trial, or where the targets have consented, can be disclosed.

She took a narrow approach to the exception in s. 193(1)(a) of the Criminal Code based on the overall structure of the Criminal Code’s provisions on electronic surveillance, which, she noted, only allow the state to intercept private communications if express safeguards are followed.

Abella J. also pointed out a flaw in the majority’s reasons: intercepts are not admissible in a criminal proceeding until a determination has been made as to the legality of a challenged interception. Yet the majority effectively permitted their disclosure and use in civil proceedings before the legality of the interception had been determined. The Quebec judge who initially ordered the disclosure did deal with this point, however, noting that the validity of the wiretap warrants would likely be determined by the criminal court before the civil trial.

Other Canadian provinces, including, notably, Ontario and British Columbia, have provisions in their rules of civil procedure for the court to order production of documents from non-parties. In Ontario, orders for production of the Crown brief are well established following the Court of Appeal’s decision in DP v Wagg.

The Supreme Court’s decision will almost certainly apply to third party production rules in other provinces. It will thus have an important impact on follow-on class actions for damages for price fixing and other breaches of the Competition Act. The court has effectively allowed second-hand wiretapping by plaintiffs, since they will now have access to all relevant wiretap intercepts obtained by the Bureau.

While this undoubtedly serves the goal of obtaining all relevant evidence as part of the search for truth, it also magnifies the breach of privacy inherent in a wiretap authorization. This point may well be argued by targets challenging wiretap evidence in criminal cases.

The practical effect of this decision will be to make it easier for plaintiffs to obtain evidence of price fixing, and thus easier for them to prove their case.