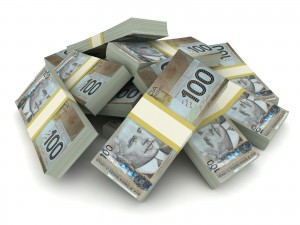 How NOT to win business and influence officials

Deterrence and denunciation of bribery of foreign public officials were at the fore as a judge sentenced Ottawa businessman Nazir Karigar to three years in jail for agreeing to offer bribes to public officials in India in order to obtain preferential treatment for a bid to supply to Air India.

Mr. Karigar was convicted in August 2013 under the Corruption of Foreign Public Officials Act (CFPOA) after the first ever trial under this law. The CFPOAmakes it an offence in Canada to bribe foreign government officials. (See Canada’s Foreign Anti-Bribery Law.)

Mr. Karigar is the first individual to have been convicted and sentenced under the CFPOA. His three year jail sentence sends a strong deterrence signal.

Hackland RSJ identified a number of aggravating factors, including that Mr. Karigar personally conceived of and orchestrated a sophisticated and carefully planned bribery scheme that would have paid millions of dollars in bribes to senior public officials in India. The scheme also involved other dishonest elements, such as entering a fake competitive bid.

There were also a number of mitigating factors, including that Mr. Karigar cooperated with the prosecution (although he pleaded not guilty). Mr. Karigar had no prior criminal record. Finally, the bribery scheme failed; Cryptometrics did not get the contract.

Canada has recently been signalling to the business community that it now takes foreign corruption offences seriously. In 2013, the CFPOA was strengthened in six important ways:

(For more details on these amendments, see Canada Gets Tough on Foreign Corruption.)

As well, Canada has begun enforcing the CFPOA. Recent enforcement actions include: