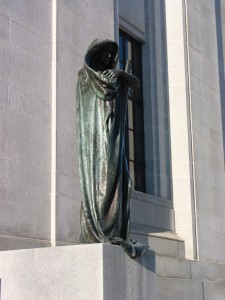 The Supreme Court of Canada recently clarified how motion judges should exercise their fact-finding and summary judgment powers under rule 20.04(2.1) and (2.2) of the Rules of Civil Procedure. In Hryniak v. Mauldin, 2014 SCC 7, the Court affirmed a motion judge’s finding that the applicant Hryniak committed the tort of civil fraud, having absconded US$10 million from various investors, including the respondents to the appeal.  While both the Ontario Court of Appeal and the Supreme Court found that this was not an appropriate case for summary judgment, they were satisfied that the evidentiary record supported the motion judge’s finding, and thus deferred to his decision. In the process, the Court clarified a two-step test for summary judgment motions, explained when a motion judge should exercise her fact-finding powers, and reiterated the standard of review for a summary judgment decision.

Many jurists, lawyers and politicians have bemoaned the lack of access to justice in Canada for the average citizen, as the costs of a full trial continue to rise. Following publication of the Osborne Report in 2007, the Ontario legislature amended the Rules of Civil Procedure in an attempt to increase access to justice. One such attempt was through the amendment of Rule 20, the summary judgment motion rule. Writing for the Court, Karakatsanis J. stated:

In my view, a trial is not required if a summary judgment motion can achieve a fair and just adjudication, if it provides a process that allows the judge to make the necessary findings of fact, apply the law to those facts, and is a proportionate, more expeditious and less expensive means to achieve a just result than going to trial.

By increasing the availability of summary judgment motions, it is hoped that more parties will be able to conclude proceedings in a more cost-effective manner.

The Test for Summary Judgment Clarified

After a brief review of the evolution of the summary judgment rule, the Court defined the test as asking not whether the case presents a genuine issue for trial, but “whether there is a genuine issue requiring a trial”. Thus, trials are no longer the default procedure for determining an issue, but rather one option. The amendments also eliminated the presumption of substantial indemnity costs against a party that brings an unsuccessful motion for summary judgment, in order to avoid deterring parties from bringing such motions.

The Court held that there will be no genuine issue requiring a trial when a motions judge is able to reach “a fair and just determination on the merits”. This will be the case when the process:

Most importantly, the new powers granted to a motions judge under Rules 20.04(2.1) and (2.2) will theoretically expand the number of cases in which there will be no genuine issue requiring trial, as they permit motions judges to weigh evidence, evaluate credibility and draw reasonable inferences. This raises the question of when such fact-finding powers should be used. The Supreme Court outlined a two-step test on a motion for summary judgment:

In determining whether the motion judge can use her fact-finding powers, the evidence “need not be equivalent to that at trial, but must be such that the judge is confident that she can fairly resolve the dispute”. In the Court’s opinion, a documentary record, when supplemented by the new fact-finding tools such as oral testimony at the motion hearing, is often sufficient to resolve issues fairly and justly without a full trial.

The Court recognized that failed summary judgment motions can add to costs and delay, rather than expediting the process as intended. However, this risk can be managed by a judge using trial management powers provided by Rule 20.05. Absent compelling reasons, a judge who dismisses a motion for summary judgment should seize herself of the matter as the trial judge. She can then use the insight gained from hearing the motion to formulate a trial procedure in a way that is “sensitive to the complexity and importance of the issue, the amount involved in the case, and the effort expended on the failed motion”.

The Case Before the Court

Turning to the decision of the motion judge on appeal, the Court began by setting out the four elements of the tort of civil fraud (discussed in greater detail in our article on Bruno Appliance and Furniture). While both the Supreme Court and Court of Appeal found that the motion judge did not explicitly address the correct test for civil fraud, both were satisfied that his findings supported the result.  The Supreme Court explained that, absent an error of law, the exercise of powers under the new summary judgment rule attracts deference. When a motion judge exercises her new fact-finding powers and determines whether there is a genuine issue requiring a trial, this is a question of mixed fact and law. Unless the motion judge misdirected herself, or came to a decision “that is so clearly wrong that it resulted in an injustice”, her decision should not be disturbed.

In the case on appeal, the motion judge did not err in exercising his fact-finding powers. The Court held that the record was sufficient to make a fair determination, and that a timely resolution of the matter was called for. As such, the appeal was dismissed, and the summary judgment order upheld.

This case is important for litigation counsel, as cost-conscious clients continue to seek satisfactory alternatives to the full trial process. By clarifying when a motion judge can hear further evidence in determining whether there is an issue requiring trial, this decision will hopefully encourage more expedited proceedings. It remains to be seen whether this will have any significant impact on the cost and time involved in most litigation going forward.