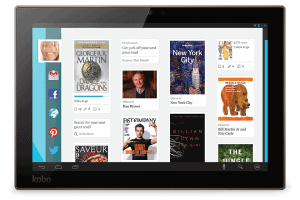 In chapter 1, Kobo obtains a stay of the ebooks settlement

The ebooks settlement reached between the Competition Bureau and four major ebook publishers has been stayed pending the determination of a challenge brought by ebook retailer Kobo Inc. to the settlement.

Kobo argues that its contracts with the four publishers, Hachette Book Group, HarperCollins, Macmillan, and Simon & Schuster, will be fundamentally altered or terminated because of the settlement, and that it will lose money. Kobo claims that a similar settlement in the US led it to close a US office and refocus on other markets. Kobo claims that it also led another ebook company, Sony, to exit the market, and caused Barnes & Nobles’ “NOOK” ebook division to become unprofitable.

Indigo Books & Music Inc. has applied for leave to intervene in support of Kobo. Indigo’s CEO Heather Reisman says, in an affidavit, that the settlement threatens to give Amazon a monopoly or near monopoly over the sale of ebooks in Canada.

The Competition Bureau, in its response, contends that Kobo is simply trying to protect the guaranteed 30% margin it has under its existing contracts, and keep prices from falling.

The stay is merely the first chapter in Kobo’s challenge. In order to succeed, Kobo must now establish that the terms of the consent agreement could not be the subject of an order of the Tribunal.