Print
Conflicts of Law and Enforcement of Foreign Judgments 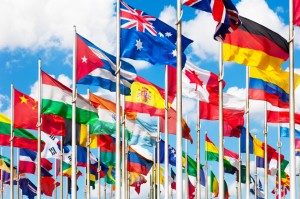 The application of the “real and substantial connection” test for enforcement of foreign judgments was further clarified by the Ontario Court of Appeal in a recent decision, part of a bitter and protracted legal battle over nearly $10 billion in environmental damages caused by the operations of Texaco (later acquired by the defendant Chevron) in Ecuador. The Court reaffirmed that the test only applies to the subject of the litigation and the court issuing the judgment; there is no secondary inquiry into the connection between the subject matter and the court enforcing the foreign judgment. As a result, the plaintiffs, residents of rural Ecuador harmed by the defendant Chevron’s pollution in the Lago Agrio region, can seek enforcement of a judgment of an Ecuadorian court in Ontario. Furthermore, the Court overturned a motion judge’s stay of proceedings, which he had ordered of his own initiative upon finding that the plaintiff’s had no prospect of recovery in Ontario.

An Unusual Exercise of Judicial Discretion

While there are a number of other issues involved in this complex case, including claims that the judgment was obtained by fraud, the facts before the Court were simple: there was a final judgment in Ecuador against Chevron for US$9.51 billion. The Ecuador plaintiffs sought to have this order recognized and enforced in Ontario against Chevron (an American corporation) and Chevron Canada. Chevron’s motion to have the Statement of Claim set aside for lack of jurisdiction was rejected, with the motion judge writing:

“I am not prepared to adopt, as the defendant’s argue, a blanket principle that an Ontario court lacks jurisdiction to entertain a common law action to recognize and enforce a foreign judgment against an out-of-jurisdiction judgment debtor in the absence of a showing that the defendant has some real and substantial connection to Ontario or currently possesses assets in Ontario… No jurisprudence binding on me has expressly placed a gloss on that ability to assume jurisdiction by requiring the plaintiff to demonstrate that the non-resident judgment debtor defendant otherwise has a real and substantial connection with Ontario.”

However, the motion judge then went on to exercise his discretion, under s.106 of the Courts of Justice Act, to grant a stay of proceedings, stating that “because Chevron Corp does not have assets here, and there is no reasonable prospect that it will do so in the future, there is no prospect for any recovery here.” The Ecuador plaintiffs appealed this stay of proceedings and Chevron cross-appealed the motion judge’s finding that the Ecuadorian court’s award can be recognized and enforced in Ontario.

Enforcement of a Foreign Judgment in Ontario

In opposing jurisdiction, Chevron and Chevron Canada contended that the Court must apply the “real and substantial connection” test at two stages in determining whether to enforce a foreign judgment:

The motions judge had rejected this double application of the test, citing Morguard Investments Ltd. v. De Savoye and Beals v. Saldanha as the leading cases on this issue. The Court of Appeal agreed with this analysis, stating:

The Court of Appeal also rejected Chevron’s argument that Club Resorts Ltd. v. Van Breda, a 2012 decision of the Supreme Court of Canada, changed the Canadian landscape for recognition and enforcement of foreign judgments. Unlike this action for enforcement of a foreign judgment, Van Breda concerned a court’s jurisdiction to adjudicate a tort dispute on its merits where some of the events had taken place outside the territorial jurisdiction of the court. In the case of an action to enforce, there is no constitutional issue because the decision of the court is limited to the enforceability of the judgment in Ontario. The Ontario court’s “only inquiry of the foreign court is whether it had a real and substantial connection to the subject matter of the action; once that is established, the analysis shifts to a consideration of whether the judgment is enforceable in Ontario as a matter of domestic law.”

Chevron Canada, distinct from the American Chevron, was not a party to the Ecuadorian action and was not found liable under the judgment. However, the motion judge stated:

As such, the Court of Appeal upheld the motion judge’s holding that an Ontario court has the jurisdiction to enforce the Ecuadorian judgment against Chevron and Chevron Canada. The question of whether Chevron Canada’s assets can be accessed to pay Chevron’s judgment debts was not relevant at this juncture, and is an issue to be addressed after the preliminary jurisdictional stage, after Chevron Canada has an opportunity to file a Statement of Defence.

The Stay of Proceedings Order

In their cross-appeal, the Ecuadorian plaintiffs asserted that the motion judge erred by granting a stay of their action on his own discretion. In considering this appeal, the court looked to the test for interfering with a discretionary order as set out in Re Regal Constellation Hotel Ltd.:

“An appeal court will only interfere with such an order where the judge has erred in law, seriously misapprehended the evidence, or exercised his or her discretion based upon irrelevant or erroneous considerations or failed to give any or sufficient weight to relevant considerations.”

Overall, the Court of Appeal held that the motion judge erred by granting the stay for a variety of reasons. First, neither party had sought the stay; it was entirely of the judge’s own volition that it had been granted. While s.106 of the Courts of Justice Act entitles the court to grant a stay on its own motion, the circumstances under which it should do so are rare. The Court of Appeal stated that the onus should be even higher where a stay was not actually requested by a party. This is a major case involving poor and vulnerable foreign plaintiffs, a large international corporation, a long and difficult court process and a huge damages award. Under these circumstances, the onus was simply not met.

Secondly, the Court did not accept Chevron’s claims that it was an “extraordinary circumstance” that Chevron was precluded from requesting a stay of proceedings on any basis other than jurisdiction. Chevron chose to refuse to attorn to the Ontario court and to cite that basis alone as a basis to resist the action. The company could have accepted jurisdiction and relied on the substantive and procedural law of Ontario to obtain a stay; they chose not to. Having made that decision, the legal tools available to Chevron should have been expected and were not “extraordinary.”

Third, the motion judge erred in making determinations about the corporate and legal structures of Chevron and the viability of the plaintiff’s action. Such issues should be properly addressed at trial, not on a preliminary motion.

Fourth, the motions judge improperly imported a forum non conveniens test into his reasoning on jurisdiction simpliciter, despite no such motion being put before him. He made certain assumptions about facts which are at the heart of the conflict, namely the location of Chevron’s head office, its places of business and the connection between Chevron and Chevron Canada. It was an error for the judge to order a stay on these grounds absent a proper hearing on these issues.

Fifth, the court found a significant disconnect between the rationale underlying the motion judge’s reasoning on the jurisdiction issue, and the content of his reasons on the discretionary stay issue. His discretionary stay analysis points to a myriad of factors that suggest that the case not be heard in Ontario. While these factors may ultimately derail the enforcement action in Ontario, it was premature to order a stay at this juncture, given that no party raised the issue of a discretionary stay, there were no arguments on the question of a stay, and the devastating consequences such a stay would have on the plaintiffs.

Finally, the Court of Appeal disagreed with the motion judge’s concern that, if a stay were not granted, a bitter and protracted fight would ensue where there is “nothing to fight over.” A party may bring an action for many different strategic reasons, recognizing that they may have little chance of collecting on the judgment. The Court of Appeal stated that “it is not the role of the court to weed out cases on this basis and it is a risky practice for a judge to second-guess counsel on strategy in the name of judicial economy.”

As such, the Court of Appeal overturned the motion judge’s discretionary stay of proceedings, stating “the court should grant its assistance in enforcing an outstanding judgment, not raise barriers.”