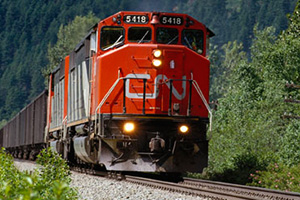 On July 5, the Supreme Court upheld its strict test for preventing conflicts of interest in the legal profession.[1] The appellant, Canadian National Railway (CN), was a client of the respondent law firm, McKercher LLP. Then McKercher agreed to represent the plaintiff in Wallace v. Canadian National Railway, a class action against CN and other defendants for potentially $1.75 billion. CN alleged a conflict of interest and applied to remove McKercher as lawyers for the proposed class. Writing for the Court, Chief Justice McLachlin agreed that McKercher crossed the well-entrenched “bright line rule” by acting against a current client without its consent. But she did not decide whether to remove McKercher, since she recast the legal test for that remedy and sent the question back to the court of first instance for reconsideration.

The rule comes from the Supreme Court’s 2002 decision in R. v. Neil.[2] It prohibits a law firm from representing a client whose legal interests directly conflict with the immediate legal interests of an existing client, even if the law firm would represent both clients in completely unrelated matters. The classic scenario concerns a firm who represents Client A in a corporate transaction, a litigation proceeding, or otherwise, and then gets asked by Client B to be their lawyers in a lawsuit against Client A. The rule has three exceptions:

Even if the bright line rule does not apply (e.g. the clients’ business interests conflict, but their legal interests do not), or if an exception applies, the law firm must still avoid representing Client B if that would substantially risk the quality of its representation of Client A. If the law firm can show that this risk does not exist, it may be allowed to represent both clients.

However, when the bright line rule does apply, the Supreme Court’s decision confirmed that the law firm cannot represent both clients, even by showing there is no substantial risk of adversely affecting their representation. While this approach may seem rigid, “It is clear,” as McLachlin CJ wrote for the Court.[3]

The facts of CN v. McKercher demonstrate the stringency of this rule. McKercher is a large Saskatchewan law firm that represented CN in various matters from 1999 to 2009. However, from 2004 to 2008, McKercher’s bills to CN added up to $68,462, about 0.1 percent of CN’s annual outside legal fees, and less than a third of the fees Saskatchewan firms received from CN during the same five years.

By the end of 2008, McKercher was acting for CN in only four matters: (1) a personal injury claim, (2) a real estate transaction, (3) a receivership proceeding, and (4) as CN’s power of attorney. None of these related to the class action. CN had no written retainer agreement with McKercher for any matter at that time. Furthermore, the personal injury claim was the only evidence on the record of a true CN litigation matter being handled by McKercher from 1999 to 2009.

Nonetheless, the Supreme Court accepted that CN used McKercher as its “go to” firm for Saskatchewan. In the words of McLachlin CJ: “it was reasonable for CN to be surprised and dismayed when its primary legal counsel in the province of Saskatchewan sued it for $1.75 billion.”[4] Given these circumstances, the professional litigant exception did not apply, even though, according to the Saskatchewan Court of Appeal, “CN employs 23 in-house counsel plus support staff and regularly consults approximately 50 to 60 outside law firms across Canada” who charge fees totalling “many millions of dollars annually” for hundreds of litigation files.[5] There was no evidence that CN was spreading its business between law firms to generate conflicts, and McKercher certainly did not get CN’s permission before taking the class action brief.

As a result, representing both CN and the proposed plaintiff class “fell squarely within the scope of the bright line rule”,[6] and McKercher found itself in a conflict of interest.

The duty of loyalty

The bright line rule fits into an overall duty of loyalty owed by law firms to their clients. That duty has the following parts:

As explained above, McKercher fell short on part one by virtue of the bright line rule. But the Supreme Court found that McKercher’s conduct compromised parts two and three as well.

Part two, the duty of commitment, means that law firms cannot terminate the solicitor-client relationship without adequate cause and proper notice. Lawyers have a professional obligation to stay committed to clients barring exceptional circumstances. Failure to pay legal fees may give sufficient cause to end the retainer. The possibility of acting on a major new file does not.

McKercher served CN with a notice of withdrawal in its personal injury file on December 5, 2008 and commenced the class action on December 17, 2008, which alleged that CN and the Canadian Pacific Railway had overcharged farmers in Western Canada for grain shipping. CN was unaware of the action before it was served with the claim on January 9, 2009. McKercher subsequently ended its power of attorney for CN and withdrew from the receivership matter, while CN terminated the retainer on the real estate file.

The Supreme Court found that McKercher breached its duty of candour by failing to inform CN that it intended to act as class counsel, given that CN discovered the class action well after McKercher commenced the proceeding. The Court also ruled that McKercher terminated the personal injury and receivership retainers without proper cause, suggesting that this was done to avoid a conflict with the class action. This breached the duty of commitment.

However, the Court rejected CN’s argument that McKercher’s previous work for CN gave the firm confidential information about the company that would impact the class action. CN based this argument on evidence that McKercher had developed an understanding of CN’s strategies and approach for litigation and risk management. The Court disagreed, because CN failed to show that McKercher received any confidential information that was relevant to the class action and could tangibly be used to CN’s detriment.

The removal of counsel

When considering the remedy sought by CN, the Supreme Court listed three situations that could justify removing a law firm as counsel for a conflict of interest:

The first two scenarios normally justify removing the law firm, but neither applied in this case. McKercher had no relevant confidential information from CN, and the law firm no longer represented the company at all, so deficient representation was not an issue.

This left the third scenario, and the Supreme Court decided that this could only justify removal after a contextual analysis of “all relevant circumstances”, which could include:

The Supreme Court did not apply these factors but sent the matter back to the Saskatchewan Court of Queen’s Bench, which initially granted the remedy. This may give the parties a chance to make fresh submissions on the Supreme Court’s new test, so the question of remedy can be decided with the benefit of the proper law and a complete record.

The debate is over

The decision arrived in the midst of a debate between the Canadian Bar Association and the Federation of Law Societies of Canada regarding the proper scope of the bright line rule. The CBA argued the rule should allow firms to act against an existing client in unrelated matters after demonstrating that this would not compromise the representation of the existing client or their confidential information. The Law Societies argued the lawyers should not be able to act against existing clients without their consent. The Supreme Court received intervener submissions from both. Its decision says that it does not “mediate the debate”, but the implications are clear. Clients and the courts expect counsel to stay on one side of the line unless the clients give permission in advance, whether the lawyers find that convenient or not.