The Court of Appeal has recently held that the limitation period to bring an action enforcing a contractual right to indemnity starts to run on the date that a party has been served with a Statement of Claim in the underlying lawsuit that triggers the right to be indemnified. 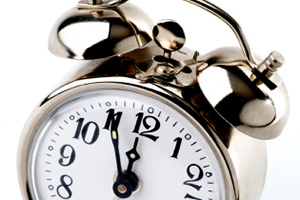 Gregory Roscoe was an investment advisor with Canaccord Capital.  In August 2008, two of Roscoe’s former clients began a claim against Canaccord and Roscoe alleging they had suffered losses arising from unsuitable investments.  Canaccord funded a joint defence, and the defendants delivered a joint Statement of Defence.  In July 2009, Canaccord settled with the plaintiffs.

Roscoe’s contract with Canaccord provided that he would indemnify Canaccord for any claim made against it arising from Roscoe’s acts or omissions within or without the course of his activities of employment.

In January 2010, Canaccord demanded that Roscoe indemnify it for the amount of the settlement and its legal fees.  In February 2010, Roscoe denied any liability to Canaccord.  Canaccord commenced an action against Roscoe in June 2011 – approximately 3 years after having been served with the claim in the initial action, and approximately 1.5 years after the settlement and Roscoe’s refusal to indemnify.

In Ontario, there is a basic 2 year limitation period, subject to certain limited exceptions that were not at play in this case.  A claim cannot be brought after the second anniversary of the day on which the claim was discovered.  Section 18 of the Limitations Act, 2002 provides that “in the case of a claim by one alleged wrongdoer against another for contribution and indemnity, the day on which the first alleged wrongdoer was served with the claim in respect of which contribution and indemnity is sought shall be deemed to be the day the act or omission on which that alleged wrongdoer’s claim is based took place.”

Roscoe brought a motion for summary judgment, arguing that section 18 applied, that the claim was discovered by Canaccord on the date it was served with the Statement of Claim, and that the limitation period had expired before Canaccord issued its claim against him.  Canaccord took the position that section 18 did not apply because its claim to an indemnity arose out of a contractual right to be indemnified.  This type of contractual claim, it argued, was not within the scope of the typical “contribution and indemnity” claim brought among wrongdoers in an action (ie, a crossclaim between tortfeasors).  It claimed that the limitations period did not begin to run until the date of the settlement.

The motions judge agreed with Canaccord and dismissed the motion.  She held that that a breach of contract claim for damages is fundamentally different from a claim for contribution and indemnity as between two wrongdoers, and accordingly she held that section 18 did not apply to indemnity claims arising out of contract.

The Court of Appeal overturned the decision of the motions judge.

Although the current limitations act has been in force since 2004, this decision was the first time that the Court of Appeal has had the opportunity to consider the appropriate limitations period in contractual indemnity claims.