Waiver of tort is not available as a tool to force disgorgement of profits in cases under British Columbia’s consumer protection legislation, the BC Court of Appeal held last week in Koubi v. Mazda Canada. The court declined, however, to rule on the issue of whether waiver of tort is a stand-alone cause of action or merely an election of remedies. Nevertheless, the court’s decision narrows the availability of waiver of tort, which has important implications for class actions alleging breaches of statutes, including class actions alleging conspiracy contrary to the Competition Act. 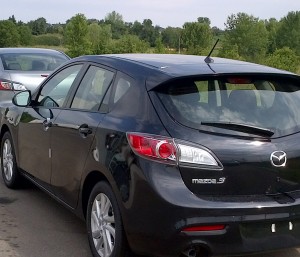 One kick, and zoom zoom…

In 2006, Mazda Canada was experiencing a problem with Mazda3 cars: a defect in the driver’s door locks allowed thieves to open the car by kicking the door. A rash of vehicle break-ins ensued. Mazda came up with a fix by the end of 2006, and made it available to dealers in early 2007, but waited until early 2008 to recall and fix the vehicles.

Meanwhile, Alisha Koubi leased a Mazda3 in September, 2006. Apparently the security of the vehicle was important to her. No one broke into her Mazda3, but she heard about the problems with the locks from a co-worker whose car was broken into and from a TV program.

Ms Koubi then became the representative plaintiff in a class action against Mazda and a number of its dealers in BC. Since Ms Koubi and many other members of the plaintiff class did not suffer break-ins, and thus had no damages, they pleaded “waiver of tort” as a cause of action entitling them the disgorgement from Mazda of its profits made from the sale of the defective cars.

What is “waiver of tort“?

Courts in Canada have yet to determine, however, whether waiver of tort requires proof of an underlying tort that is then waived, making waiver of tort a pure election of remedy, or whether waiver of tort is a stand-alone cause of action. This is a technical, but very important, issue. Most torts require proof of at least some damages as an element of the cause of action. If a plaintiff must prove an underlying tort before electing disgorgement through waiver of tort, then the plaintiff must prove at least some damages. In the context of a class action, this means that the plaintiff class must prove that each class member suffered at least some damages before disgorgement can be ordered to the class. The difficulties of proving damages, which tend to be highly individualized, on a class-wide basis makes certification of such a class action much more difficult.

Construed in this way, waiver of tort accomplishes an end run around the traditional requirements for causes of action, since it effectively removes damages as a required element before a remedy is available.

Because courts are reluctant to make decisions about whether particular causes of action exist except after a full trial, several class actions alleging waiver of tort as a cause of action have been certified.

The first case was Serhan v. Johnson & Johnson, where the Ontario Court of Appeal approved of the certification of a class action seeking disgorgement of profits made by Johnson & Johnson on a defective medical device, even though it was clear that no one had been injured. The court did express concerns with a legal theory that could award the plaintiffs a windfall, leaving them better off then they had been. (See Restitution or Windfall.) Ultimately, the Serhan case settled for $4 million in 2011.

More recently, courts in BC and Ontario relied on waiver of tort to hold that damages are not required to sustain class actions for price fixing conspiracies, even though the Competition Act expressly limits recovery to actual damages. (See Canadian Plaintiffs Achieve a Breakthrough.)

In a June 2012 decision, Ontario Superior Court Justice Lax expressed the opinion that whether waiver of tort is a stand-alone cause of action or an election of remedies can be determined without a trial. That case also concerned allegedly defective medical devices and a claim based on waiver of tort. Lax J. found that there had been no wrongdoing by the defendants, the nature of waiver of tort became moot in that case. Lax J. commented that the extensive factual record developed during a 138 day trial did not illuminate the important issues of policy necessary to determine the issue. Lax J. noted that it was time to determine the nature of waiver of tort, but did not do so in her reasons. (See Andersen v. St. Jude Medical, Inc., 2012 ONSC 3660.)

Unfortunately, the BC Court of Appeal did not take up Lax J.’s invitation to determine the issue in Koubi. The court simply repeated the nostrum that because the law was unsettled, it should not strike waiver of tort as a cause of action:

[40] Given the unsettled state of the law surrounding the doctrine of waiver of tort, I am satisfied the chambers judge made no error in finding Ms. Koubi has an arguable case that the doctrine may provide an independent cause of action and, if so, might permit the class to recover benefits gained by the defendants from their wrongful conduct without the necessity of demonstrating individual harm or damages.

Even if waiver of tort is a stand-alone cause of action, it still requires proof that the defendants have committed some unlawful act. The next question was therefore whether the alleged breaches of the Business Practices and Consumer Protection Act and of the Sale of Goods Act, were the kind of legal wrong that could support a claim for waiver of tort.

Allowing restitutionary awards based on waiver of tort claims for breaches of the Business Practices and Consumer Protection Act would be inconsistent with the provisions in that act that clearly limit recovery to the consumer’s own damages, the court held.

Similarly, the Sale of Goods Act limits remedies for breach of the statutory implied warranty of quality to the difference in value between the goods delivered and the value they would have been if they had answered to the warranty.

Whither waiver of tort?

While the BC Court of Appeal left open the possibility that waiver of tort might be a stand-alone cause of action, it firmly slammed the door on waiver of tort where (i) the predicate unlawful act is a breach of a statute, and (ii) the statute contains remedies that are inconsistent with restitutionary remedies. That is, where the statute provides for recovery of damages, it would seem that allowing a plaintiffs to recover more than they lost is inconsistent with the statutory scheme and will not be allowed.

Thus, for example, this decision would make waiver of tort unavailable in claims based on price fixing contrary to the Competition Act. Section 36 of the Competition Act provides that anyone who suffers loss as a result of price fixing (among other things) can recover “amount equal to the loss or damage proved to have been suffered by him”, plus costs of investigation. The reasoning of the BC Court of Appeal in Koubi would apply here: it would be inconsistent with this statutory scheme to allow a plaintiff to use waiver of tort to recover more than section 36 allows.

Share on FacebookShare on TwitterShare on Linkedin
Tags: Waiver of Tort