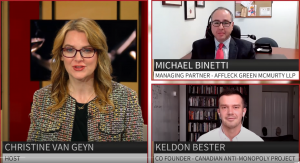 Hosted by Christine Van Geyn, “Canadian Justice” welcomes advocates and lawyers on both sides of some of the most polarizing constitutional freedom cases involving Canadians today.