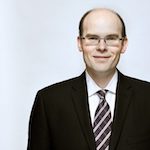 AGM partner David Vaillancourt appeared before the House of Commons of Canada’s Standing Committee on Industry, Science and Technology in view of its study of Competitiveness in Canada.

The Committee has undertaken a study into competitiveness in Canada including the permit economy, reform of the Competition Act and any other matter relating to competition.