The recent decision in Dominus/Cityzen Brampton SWQRP Inc. v. Brampton (City), 2020 ONSC 5806 provides valuable insight into the duty of municipalities to act in good faith and to act reasonably when refusing to return or reduce a deposit posted under a Site Plan Agreement (SPA). 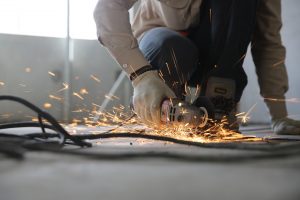 Dominus agreed to develop lands for the expansion of Brampton’s City Hall under a public-private partnership. The City was, on the one hand, the party who requested the work to be done. On the other hand, the City was the regulator under Ontario’s Planning Act. Acting in its regulatory function, the City required Dominus to deposit $646,510 in cash as security for 100% of the costs of all works required under the SPA. An SPA (or site plan control) helps the regulator (in this case, the City) control the development to ensure that City, Regional and other agency standards and requirements are met.

The redevelopment of City Hall proceeded including the vast majority of the works contemplated under the SPA. All that remained was the installation of a trench drain and a wooden privacy fence on the abutting properties. The owners of those abutting properties sued Dominus and the City for trespass and nuisance alleged to have occurred during the construction of City Hall. Dominus could not complete the trench drain and the privacy fence because the abutting owners refused to grant access.

Dominus requested a reduction of the security deposit relative to the value of the completed works. The City refused Dominus’ request to reduce any portion of the security deposit for two reasons. First, there was a general provision of the SPA required that “all” of the works to be completed before “any” release of funds would be made. Second, the SPA also required Dominus to indemnify the City for claims by third parties. In light of the litigation from the abutting homeowners, the City was holding the deposit for a possible indemnification claim against Dominus.

Notwithstanding the City’s position that it could not release any portion of the deposit until all of the works were completed pursuant, the SPA in fact allowed for a partial reduction of the security for completed works even where some works remain outstanding. The SPA provided that Dominus could “from time to time, apply to the City for a reduction in the amount of the security by an amount up to 90% of the value of the works for which the security was deposited.” The City took the position that because of the general requirement that all of the works needed to be completed before any reduction could be made, the provision “from time to time” really meant that a reduction request could only be made once.

The Court found that the City’s refusal to release or reduce any portion of the security deposit not to be reasonable in the circumstances and contrary to the organizing principle of good faith in the performance of contracts and the SPA. The City’s interpretation and application of the SPA was “too rigid.” It did not provide for any opportunity for Dominus to apply for, and expect the City to reasonably consider, a partial reduction or partial release of the security posted for completed works while the trench drain works, and the privacy fence works remain outstanding.

The City further argued that even if the SPA provided for a partial release, that Dominus had not satisfied all requirements in that it had only provided five of the six required certificates necessary to release funds. The missing sixth certificate required the City Commissioner to certify that the completed works had been satisfactorily completed. The Court found that the availability of this outstanding certificate was within the discretion and control of the City. There was no dispute that the works for which a reduction was being sought were completed satisfactorily. The City had occupied City Hall since construction was completed. By refusing the sixth certificate on the basis that not all of the works had been completed, the court found that the City had not acted reasonably and in good faith. This was also contrary to a specific contractual provision in the SPA that the Commissioner would act reasonably.

Because the City had the benefit and use of the completed works for over five years and the warranty period had lapsed, the Court found that Dominus was entitled to the release of 100% of the security deposit for completed works – as opposed to 90% under the SPA – less a very conservative $50,000 holdback in respect of the approximate cost to complete the outstanding works. The Court ordered the City to release the remainder of the security deposit being $596,510 to Dominus plus accrued interest and costs. The City did not appeal the decision.