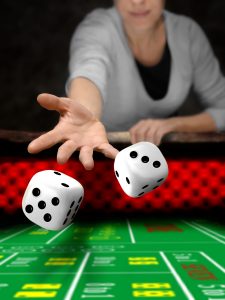 In late July the Supreme Court of Canada issued a somewhat unexpected decision in a closely-watched class action about video lottery terminals (“VLT”). The decision, Atlantic Lottery Corp. v. Babstock, 2020 SCC 19, saw the court split over whether to uphold the certification of a class action against the Atlantic Lottery Commission (the “ALC”), which controls the operation of VLTs across the Atlantic provinces. The class action alleged that VLTs violated the criminal code’s prohibition of games similar to “three card monte” and sought damages on the ground of waiver of tort, breach of contract, and unjust enrichment. The majority ultimately decided to reverse the lower courts’ decisions and dismiss the certification and the underlying claim entirely; in the process the court clarified the often confusing and unclear remedy of “waiver of tort”.

The majority began their analysis by distinguishing between the remedies of restitution and disgorgement. The court described the difference as follows: “disgorgement requires only that the defendant gained a benefit (with no proof of deprivation to the plaintiff required), while restitution is awarded in response to the causative event of unjust enrichment (most recently discussed by this Court in Moore), where there is correspondence between the defendant’s gain and the plaintiff’s deprivation.”

The majority held that the plaintiffs sought disgorgement, not restitution in this case; their claim for waiver of tort sought the benefit that ALC had gained from the licensing of VLTs and made no reference to the deprivation suffered by members of the class. The majority went on to hold that disgorgement is not an independent cause of action, but a remedy, noting that “disgorgement should be viewed as an alternative remedy for certain forms of wrongful conduct, not as an independent cause of action.” The court then addressed how the term “waiver of tort” referred to a remedy where a plaintiff chooses to pursue a gain-based remedy instead of restitution. In light of this confusion, the majority argued that the term waiver of tort ought to be abandoned in favour of disgorgement.

Having determined that the plaintiff’s claim was seeking the remedy of disgorgement, the court held that it could not constitute a new independent cause of action either. As it would not be reasonable to entitle any plaintiff exposed to risk from a Defendant to be entitled to claim the full gain realized by a defendant absent evidence of harm to the plaintiff. The court noted that tort law was not intended to reward a windfall to any plaintiff who brings a claim, but instead to reimburse “someone to whom damages are owed to correct the wrong suffered.”

Having dismissed the availability of waiver of tort or disgorgement as an independent cause of action, the majority then addressed whether the remedy of disgorgement was available for the torts of negligence or breach of contract. The majority dismissed negligence on the basis that causation of damages is an integral part of the negligence analysis. The majority likewise dismissed breach of contract, noting that, though a gain-based remedy is available in exceptional cases of breaches of contract, other remedies must be inadequate. The majority ultimately held that other remedies were adequate and that the case was not exceptional. The majority also dismissed the claim that VLTs were akin to “three card monte” and prohibited by the Criminal Code on the basis that VLTs did not adequately resemble the original type of card game.

This decision continues the SCC’s recent trend towards clarifying (or just plain eliminating) old and somewhat esoteric legal principles such as “waiver of tort”. It is clear throughout the decision that the court is committed to demystifying legal terminology in favour of clear legal principles. It will be interesting to keep an eye out for which overly complicated legal term will be next on the chopping block.