The Supreme Court of Canada released its highly-anticipated decision in the optical disc drive price-fixing class action. The decision provides significant guidance to the competition bar.

Now, to certify a price-fixing class action by indirect purchasers, class counsel must only put forward an expert methodology that will be able to generally prove than an overcharge was passed-through to the indirect purchaser level and not an expert methodology that demonstrates pass-through to each individual class member. At trial, however, aggregate damages will only be appropriate where class counsel can demonstrate loss to each member of the class, or provide a method to distinguish between class members who did and did not suffer loss.

The Competition Tribunal dismissed the Commissioner of Competition’s abuse of dominance application against the Vancouver Airport Authority. The VAA had limited the number of providers of in-flight catering and galley handling services for planes at the Vancouver International Airport. 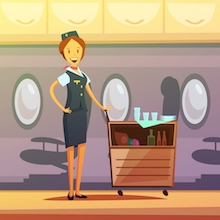 The Tribunal rejected VAA’s argument that its conduct was shielded by the regulated conduct defence because it was regulated by another level of government. The Tribunal held that VAA controlled the markets for in-flight catering and galley handling services, and that it had a plausible competitive interest in those markets, making it potentially subject to censure. The VAA nevertheless had a legitimate business justification for engaging in the conduct that excluded other in-flight catering firms, such as the practical considerations associated with multiple operators using limited airport facilities. The choice to limit the number of operators was not meant to be anti-competitive. Moreover, the Tribunal found that the conduct in question did not substantially lessen or prevent competition. 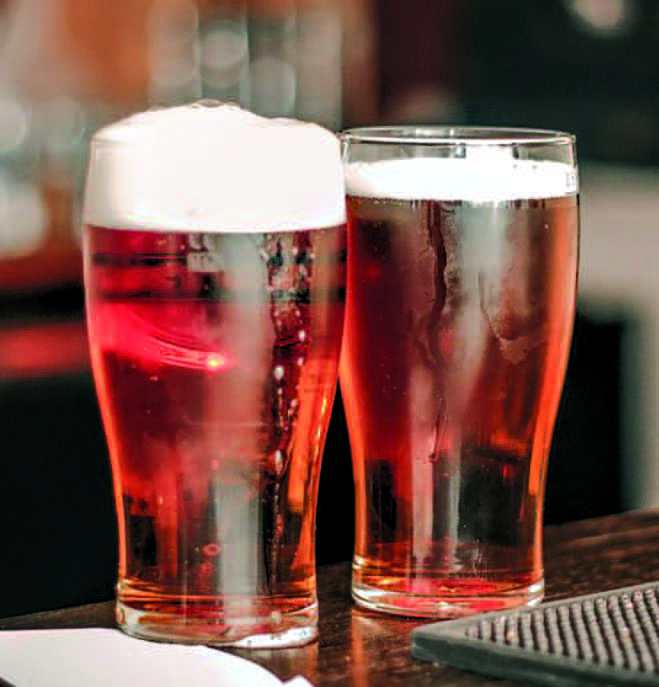 Beer in the Clear: The Court of Appeal for Ontario dismissed an appeal by plaintiffs in their action against the  Beer Store and LCBO alleging a conspiracy to divide the beer market. The court below was correct in finding that the regulated conduct defence immunized the defendants from the claim.

Oh, Ship! The British Columbia Court of Appeal overturned a lower court decision and certified the Roll On Roll Off Vehicle Carriers class action. The umbrella purchaser claim was not certified however, as the plaintiff expert did not include an econometric model that addressed alleged harm to umbrella purchasers.

Diamond Merchant: Defendants in the diamond price fixing class action obtained a permanent stay of a class action  in Saskatchewan in light of the reasonable settlement of parallel class actions in Ontario, British Columbia, and Quebec. 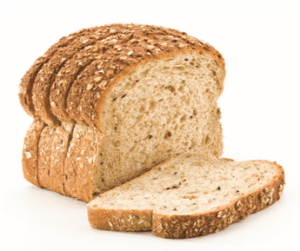 related to price fixing in the bread market in favour of an ongoing Ontario proceeding. The court in British Columbia has directed that the stay issue will be determined at the British Columbia certification hearing.

Say Watt? A dismissal was granted against the remaining defendants in the electrical carbon current collectors and carbon brushes class action, as members of the class had been fully compensated by settlement funds received from earlier settled defendants.

Swipe Fees: A challenge to settlements in the Interchange class action by non-party class members was dismissed in several jurisdictions. Final adjudication on the issue is pending.

Turn Down the Heat: The Bureau discontinued its abuse of dominance investigation into Enercare Inc.’s water heater rental contracts and return practices. The evidence did not clearly demonstrate that Enercare’s conduct was anticompetitive or that it substantially lessened or prevented competition.

No Remedy: The Bureau commenced an abuse of dominance investigation into a vaccine manufacturer because of restrictive conditions on off-label use that it proposed including in a supply contract to provincial health authorities, but then discontinued the investigation when the conduct did not materialize. The Bureau published a position statement on the case to give future guidance to the pharmaceutical industry.

Not Biosilimar Enough: The Bureau closed its abuse of dominance investigation into Janssen Inc.’s conduct concerning its pricing practices for a biologic drug and other potentially anti-competitive conduct aimed at biosimilar competitors. The Bureau concluded that there was insufficient evidence that the conduct substantially lessened or prevented competition.

Tight Security: Garda World and other related entities defeated a leave application before the Tribunal where an individual alleged that the respondents had restricted the market for personal security services. 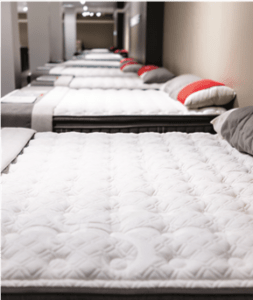 Action on Mattresses: Hudson’s Bay Company and the Bureau agreed to settle an ongoing application related to The Bay’s advertising of sleep sets in Canada at hugely inflated regular prices just so that they could be advertised at deep discounts later. The Bay agreed to pay $4 million in penalties and $500,000 in costs.

Hot Ticket: Ticketmaster and the Bureau reached an agreement to settle an ongoing application to stop Ticketmaster from advertising false or misleading ticket prices that did not disclose hidden fees. Ticketmaster agreed to pay $4 million in penalties and $500,000 in costs.

HVAC Again: The Ontario Superior Court certified a class action against MDG Newmarket and Home Trust by Ontario residents who had rented HVAC equipment from MDG. The plaintiffs allege that MDG failed to disclose that Home Trust  was granted a security interest in the title to the HVAC equipment, which did not comply with the Ontario Consumer Protection Act, 2002. 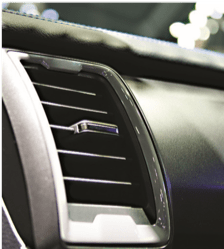 Cruze Control: The Saskatchewan Court of  Queen’s Bench certified a multi jurisdictional class action allegingdefects in the cooling systems of the 2011 Chevrolet Cruze and some newer models. The plaintiffs allege that Chevrolet falsely and knowingly marketed the Cruze  as a safe and reliable vehicle.

Not So Fuel Efficient: The Ontario Superior Court approved a settlement of the class action against the makers of the 2016 Chevrolet Traverse, Buick Enclave, and GMC Acadia vehicles for allegedly advertising and displaying incorrect fuel economy statistics for those models. Under the settlement, class members would receive cash compensation of between $983 to $1,201 or a $2,000 voucher towards the purchase of any new GM vehicle in Canada. 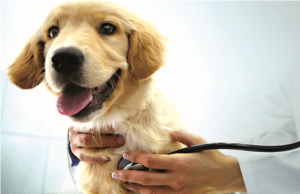 A Real Barker: The Federal Court dismissed an application by Petline Insurance alleging that Trupanion Brokers Ontario, a competitor in the pet-insurance industry, had made false or misleading statements in their comparative advertising brochures that discredited Petline. The court found that Trupanion’s comparative advertising brochure was accurate and that Petline suffered no harm to its goodwill.

Fly Away Hidden Fees: The Bureau entered into an interim consent agreement with FlightHub prohibiting it from using misleading marketing practices on its websites. The Bureau continues to investigate FlightHub’s use of hidden fees in the online marketing of their flights in the meantime.

Dime-Bag Doozy: The Supreme Court of Nova Scotia certified a class action against Organigram Inc., a federally licensed producer of medical cannabis, alleging that it sold medical cannabis tainted with pesticides. The plaintiffs claim that Organigram advertised the cannabis as organic and failed to inform the public about the pesticides associated with the product. 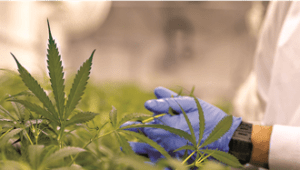 Dime-Bag Doozy: The Supreme Court of Nova Scotia certified a class action against Organigram Inc., a federally licensed producer of medical cannabis, alleging that it sold medical cannabis tainted with pesticides. The plaintiffs claim that Organigram advertised the cannabis as organic and failed to inform the public about the pesticides associated with the product. 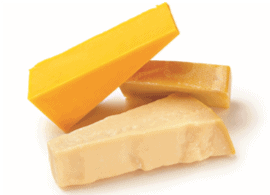 Don’t Cut the Cheese: The Bureau has given a green light for the purchase of Kraft Heinz Canada ULC’s natural cheese business assets by Parmalat S.p.A. This follows an extensive review of cheese market participants from across the industry.

Splitting an Oil-Tech Tycoon: Thoma Bravo settled the Commissioner’s application challenging its acquisition of Aucerna. Under the consent agreement, Thoma Bravo agreed to sell-off part of its reserves software business. Aucerna had been Thoma Bravo’s principal competitor in the reserves software market prior to the merger.

Going Dark: The Bureau issued a No Action Letter in response to the merger of Harris Corporation and L3 Technologies, Inc., after Harris Corporation agreed to divest itself of its night vision business as part of a settlement with the US Department of Justice.

Drug Deal Done: The Bureau approved the sale of Metro Inc.’s interests in 10 retail pharmacies throughout Quebec to Familiprix Inc. and Corporation Groupe Pharmessor. This sale was required as part of an earlier acquisition by Metro Inc. of the Jean Coutu Group (PJC) Inc.

Heading to the Scrap Heap? The Bureau reached an interim agreement with American Iron & Metal Company Inc. to preserve scrap metal processing assets that it has acquired in its acquisition of Total Metal Recovery Inc. while the Bureau investigates whether the acquisition of these assets will raise competition concerns in the scrap metal processing industry in Quebec. 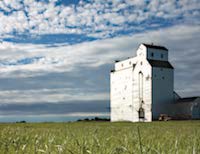 No Deal Too Small: The Bureau’s Merger Notification Unit recently underwent a significant overhaul and has expanded its role, becoming the Merger Intelligence and Notification Unit (MINU). The new MINU’s mandate is to actively investigate new non-notifiable merger transactions for competition concerns.

State’s Evidence: The Bureau and the Public Prosecution Service of Canada updated the Bureau’s Immunity and Leniency Programs to clarify that participants in the programs are cooperating witnesses and not confidential informers.