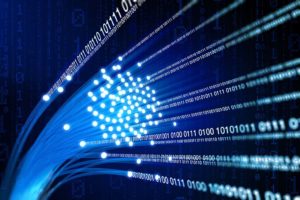 A recent decision by Germany’s Constitutional Court that a convicted murderer has the “Right to be Forgotten” highlights the latest development in EU Privacy Law. It also underlines how far behind Canada is in addressing these legal issues.

Germany’s highest court, the Bundesverfassungsgericht (shortened to BVerfG), overturned a lower court’s decision about a man convicted of murder in 1982 and released in 2002. The lower court held that the public interest outweighed the man’s right to privacy. The BVerfG disagreed and held that courts should decide on a case by case basis whether sufficient time has elapsed to justify the removal of old records and archival documents. The German court held that freedom of the press and public notice were important factors that had to be balanced against an individual’s right to privacy in determining the scope of an individual’s Right to be Forgotten.

The BVerfG’s decision that even convicted murderers may be entitled to be forgotten goes to show how seriously German and EU courts are about Privacy Law. The decision is a prime example of how the law around the Right to be Forgotten is at the forefront of Privacy Law in the EU. While all the details of the Right to be Forgotten are far from settled, EU courts seem to be making steady strides to protect their citizens’ privacy even if it means taking on tech giants like Google who have strongly resisted any attempts to curtail their online reach.

Canadians, on the other hand, have no such luck. Canada remains without any such protection. There is currently no legislative or judicial framework in place in Canada dealing with the Right to be Forgotten. Unlike in EU jurisdictions, Canadians have no recourse to have embarrassing, awkward, or damaging content removed from internet search databases. The Federal Legislature simply hasn’t prioritized this branch of Privacy Law, which may simply be attributable to lower public concern (or greater apathy) about online privacy as compared to the notably privacy-conscious EU.

This isn’t to say that nobody has been taking any action to bring the Right to be Forgotten to Canada. In late 2018, Canada’s Privacy Commissioner launched a reference to the Federal Court on the issue. In the absence of explicit new legislation, the Privacy Commissioner is arguing that the Personal Information Protection and Electronic Documents Act (PIPEDA) already provides Canadians with the right to de-index incorrect, sensitive, or ancient information or documents.

The Privacy Commissioner’s openly stated position is that individuals should be allowed to challenge the accuracy, completeness and currency of results returned for online searches of their name. A successful challenge would see those results removed from the search results. Additionally, the Commissioner argues that individuals should be allowed to have information they have voluntarily uploaded destroyed if the individual withdraws consent.

While the Privacy Commissioner’s ongoing reference is a step in the correct direction towards establishing the Right to be Forgotten in Canada, there’s no guarantee that the Federal Court will agree with the Privacy Commissioner’s arguments. It also seems likely that, whatever the Federal Court’s decision is in the reference, that we will see it appealed. In any event, it is likely that there won’t be a clear framework in place to deal with this issue for years.

With a new minority federal government, the legislative future of the Right to be Forgotten is very much up in the air. It is unclear whether the Legislature will choose to focus on Privacy Law as a priority in a divided legislature. Ironically enough, the Right to be Forgotten may itself be forgotten. However, one thing is certain: the absence of legislative action is leaving Canadian Privacy Law behind.