The Court of Appeal recently upheld the stay of a proposed shareholder class action for lack of jurisdiction. The appellant, Wai Kin Yip, brought a claim for secondary market misrepresentation under Part XXIII.1 of the Securities Act against HSBC Holdings plc 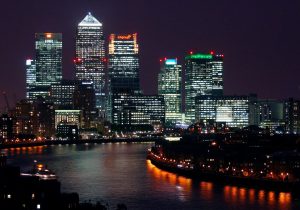 The securities in question were not traded in Canada or listed on any Canadian stock exchange. Yip used his computer in Markham, Ontario to buy shares in HSBC Holdings on the Hong Kong Stock Exchange using a Hong Kong Bank account. Yip also obtained HSBC Holdings’ disclosure documents from its website. Yip claimed that HSBC Holdings released documents containing certain misrepresentations which caused investors to suffer losses of about US$7 billion.

The Court of Appeal noted that jurisdictional overreach is a strong concern affecting the assessment of the common law test to determine whether a Canadian court will assume jurisdiction over a proceeding.

Under Part XXIII.1 of the Securities Act claims for secondary market misrepresentations can be brought against a “responsible issuer”. Section 138.1 of the Act defines a “responsible issuer” as a “reporting issuer” or any other issuer with a real and substantial connection to Ontario, any securities of which are publicly traded. HSBC Holdings was not a reporting issuer and as such the question was whether it had a real and substantial connection to Ontario. The Court of Appeal held that it did not.

To determine whether an issuer is a “responsible issuer” under the Act courts are generally to apply the common law test for a real and substantial connection. The Court agreed with Justice Perrell that while HSBC Holdings had a presumptive real and substantial connection to Ontario vis-a-vis the possible tort of misrepresentation committed in Ontario that connecting factor was rebutted on the evidence. Even though the appellant could access HSBC Holdings’ disclosure information by downloading it from its website to his computer in Ontario that alone was insufficient to connect the litigation to Ontario. HSBC Holdings had few, if any, business activities in Ontario, it had no place of business in Canada and none of its agents were doing its management business in Ontario.

The Court of Appeal also agreed with Justice Perrell’s application of the forum non conveniens doctrine (whereby a court can decline jurisdiction over a proceeding on the basis that there is a more appropriate forum). Generally the more appropriate forum in secondary market claims is where the securities transaction took place. In this case HSBC Holdings could not reasonably expect to be subject to the laws of Ontario and as such Ontario was forum non conveniens.

With respect to costs, Yip appealed Justice Perrell’s costs award of approximately $1 Million on the basis that the proceeding was public interest litigation and/or raised a novel point of law. Under section 31 of the Class Proceedings Act the court may consider these factors in exercising its discretion to award costs. The Court of Appeal rejected the appellant’s arguments, however, it reduced the costs award to $800,000 bearing in mind the principle of proportionality and in particular the reasonableness of the expert fees charged and sought by the respondent in proportion to the matter at issue.

The Court of Appeal’s decision provides helpful direction to claimants seeking to bring secondary market misrepresentation claims in Ontario against foreign issuers. While a claimant may be located in Ontario, purchasing securities in Ontario and accessing information in Ontario those factors alone will not necessarily bring a foreign issuer within the jurisdiction of the Ontario courts. Claimants should also keep in mind that in secondary market claims the courts will tend to favour the forum where the trade took place.