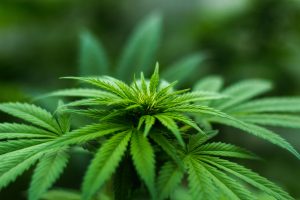 The Court of Appeal for Ontario recently rejected a home buyer’s attempt to rescind a real estate deal on the grounds that the house in question had previously been used as a marijuana grow-op.

In Beatty v. Wei, the parties entered into an agreement of purchase and sale (“APS”) in May 2016 for a residential property in Toronto.  The purchase price was $916,000 and was secured by a $30,000 deposit.  An earlier version of the APS proposed by the purchaser included a home inspection clause, but ultimately that clause was deleted in the final version signed by the parties.

After the APS had been signed, the purchaser’s own investigation into the property revealed that the property had been used for a marijuana grow-op in 2004.  The purchaser advised that he was not willing to complete the transaction and asked for the return of his deposit.  The sellers took the position that there was no basis for the purchaser backing out from the deal, refused to return the deposit, and in the face of the purchaser’s refusal to close ultimately sold the property to another purchaser for $86,100 less than the price in the APS.

Both the purchaser and the sellers brought competing applications to the Superior Court of Justice.  At first instance, the application judge ruled in favour of the purchaser.  He found that once the sellers became aware of the historical use of the property as a grow-op, it was no longer accurate to say that “to the best of the sellers’ knowledge” the property had never been used to grow or manufacture illegal substances.  The illegal substances representation at that point became a misrepresentation, and gave the purchaser a right to rescind the APS.

The Court of Appeal overturned the decision of the application judge and granted relief in favour of the sellers.  As an initial matter, the Court of Appeal found that because the illegal substances clause was a standard form clause, the application judge’s interpretation of the clause was subject of a “correctness” standard of review in accordance with the Supreme Court of Canada’s decision in Ledcor Construction Ltd. v. Northbridge Indemnity Inusrance Co., 2016 SCC 37.

The Court of Appeal held that the representation and warrantee given by the sellers was limited to their knowledge and belief at the time they executed the APS.  This interpretation was consistent with the plain language of the provision, and stood in contrast with certain other terms of the APS which made explicit reference to knowledge and belief of the sellers concerning various matters at the date of closing.

The Court of Appeal concluded that the sellers did not breach the illegal substances representation and warrantee because they were unaware of the historical use of the property at the time they signed the APS.  The Court of Appeal granted a declaration that the purchaser breached the APS by failing to close, and ordered that the sellers were entitled to keep the $30,000 deposit.  The question of whether the sellers were entitled to damages based on the lower ultimate sale price was remitted back to the Superior Court of Justice.

A home buyer can be put in a difficult spot if they discover any unpleasant surprises between the signing of an APS and the closing date.  This is particularly so in the hot Toronto market with the increasing trend towards unconditional offers.  As this case demonstrates, with an unconditional APS, a buyer’s rights are limited and the cost of walking away from the transaction can be steep.