The Crown, including the Competition Bureau and its investigators, is immune from examinations for discovery in litigation in which it is not a party, the Supreme Court of Canada held. 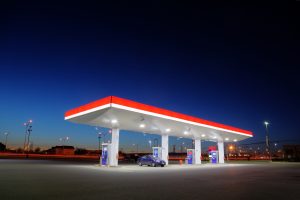 Canada (Attorney General) v. Thouin involved a price fixing class action against oil companies and retailers.  The plaintiffs consisted of purchasers of gasoline in Quebec, who alleged the defendants conspired to fix gasoline prices.  The Bureau had conducted a prior investigation into gasoline price fixing that yielded over 220,000 private communications.

The Supreme Court had to decide whether a court may require a Bureau investigator to be examined for discovery under a province’s rules of civil procedure in litigation in which none of the Crown, Bureau, or chief investigator is a party.  Historically, the Crown’s immunity exempted it from discovery in civil litigation, even in litigation in which it was a party.  According to section 17 of the Interpretation Act, the Crown continues to have immunity unless the immunity is clearly lifted.  The question, then, was whether section 27 of the CLPA lifted the Crown’s immunity in cases in which it was not a party.

The practical result of the Thouin decision is that it blocks parties from examining the Competition Bureau for discovery in price fixing class actions.  It does not, however, overturn the Supreme Court’s decision in Imperial Oil v. Jacques requiring the disclosure of evidence the government obtained in a criminal investigation under the Competition Act, nor does it preclude the investigator from being summonsed to testify at trial.