A court may hear a price fixing action against foreign defendants that never had any business presence in the jurisdiction if the defendants allegedly participated in a conspiracy that impacted the jurisdiction, a British Columbia court recently confirmed.

The case was Ewart v. Nippon Yusen Kabushiki Kaisha, a class action alleging anticompetitive conduct by operators of roll-on/roll-off ships that are used to transport vehicles.  The claim alleged the defendants had conspired to limit competition and increase prices for the worldwide shipment of vehicles.  The proposed class consisted of purchasers of new vehicles the defendants shipped. 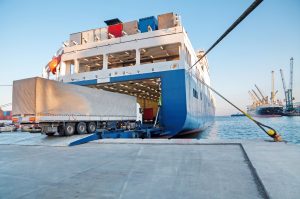 Two of the defendants, Höegh AS, of Norway, and Höegh U.S. were based outside Canada and claimed to have no business presence in British Columbia.  According to Höegh, the only shipments it made to Canada were to Nova Scotia.  It made no shipments to British Columbia.

The court held that it could hear the action against Höegh because the plaintiff had established a real and substantial connection between the alleged price fixing conspiracy and British Columbia.  The plaintiffs generalized pleadings alleged that the defendants, including Höegh, “allocated sales, territories, customers or markets for supply of Vehicle Carrier Services”.  The court distinguished the Ontario decision Shah v. LG Chem, Ltd., which held that the plaintiff there failed to establish a real and substantial connection to Ontario because it did not show a “good arguable case” that the foreign defendant did anything that contributed to the alleged conspiracy.  In Shah, the foreign defendant had filed affidavit evidence denying participation in any conspiracy, while Höegh did not submit such evidence.  Even though, according to Höegh, the conspiracy allegations were “thin and general”, absent any evidence to the contrary, the court could accept the plaintiff’s pleadings as true in order to hear the case against the foreign defendant.

The decision demonstrates the risk foreign companies face of having to answer for price fixing claims in Canada even in provinces where the company does not conduct any business.  Foreign defendants may have trouble escaping such litigation unless they can show they did not participate in the alleged wrongdoing.

Share on FacebookShare on TwitterShare on Linkedin
Tags: roro